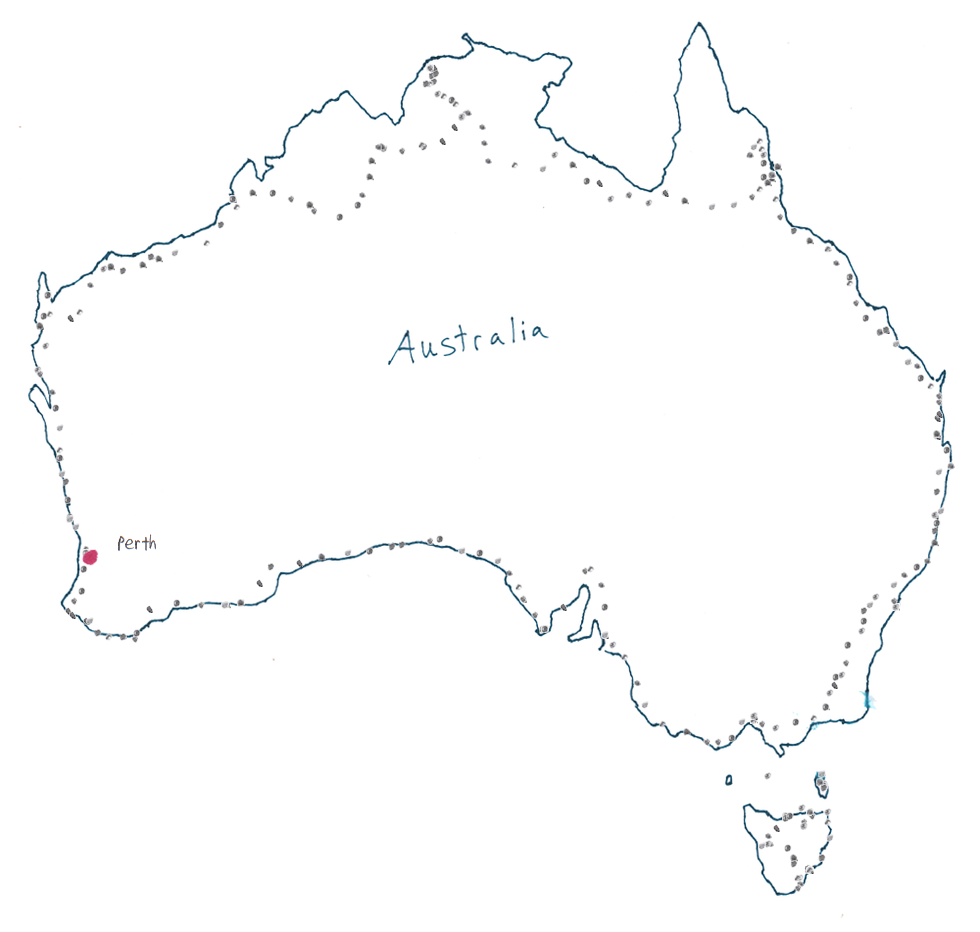 Met up with Simon downtown this morning. Good to catch up on things. He is going to be in Perth for awhile and I'll be leaving before him. We walked around Perth checking things out. Got a parcel from Maree (thanks!). Headed back to Sam and Nadia's and worked on the clock site.