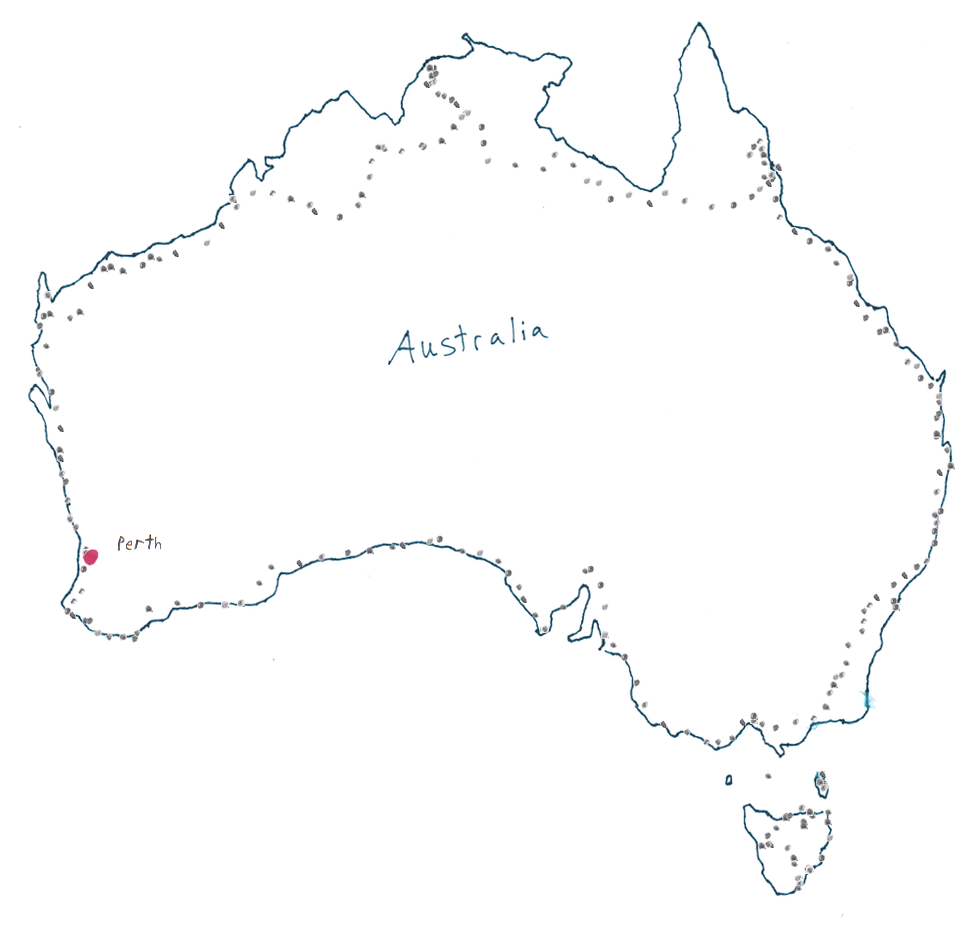 Just ran around town today again. Had to go to the bike store in Subiaco to see about my bike wheel. Got that all sorted and just kind of messed around checking out Subiaco. Nothing really new, except I did find a Fugazi CD in the library, never seen that before. I'm getting down with Aurora's Hi-5 CD...all the songs are getting stuck in my head. The running joke is that I'm going to be out on the Nullabor all alone, the Hi-5 songs stuck in my head, slowly driving me mad.