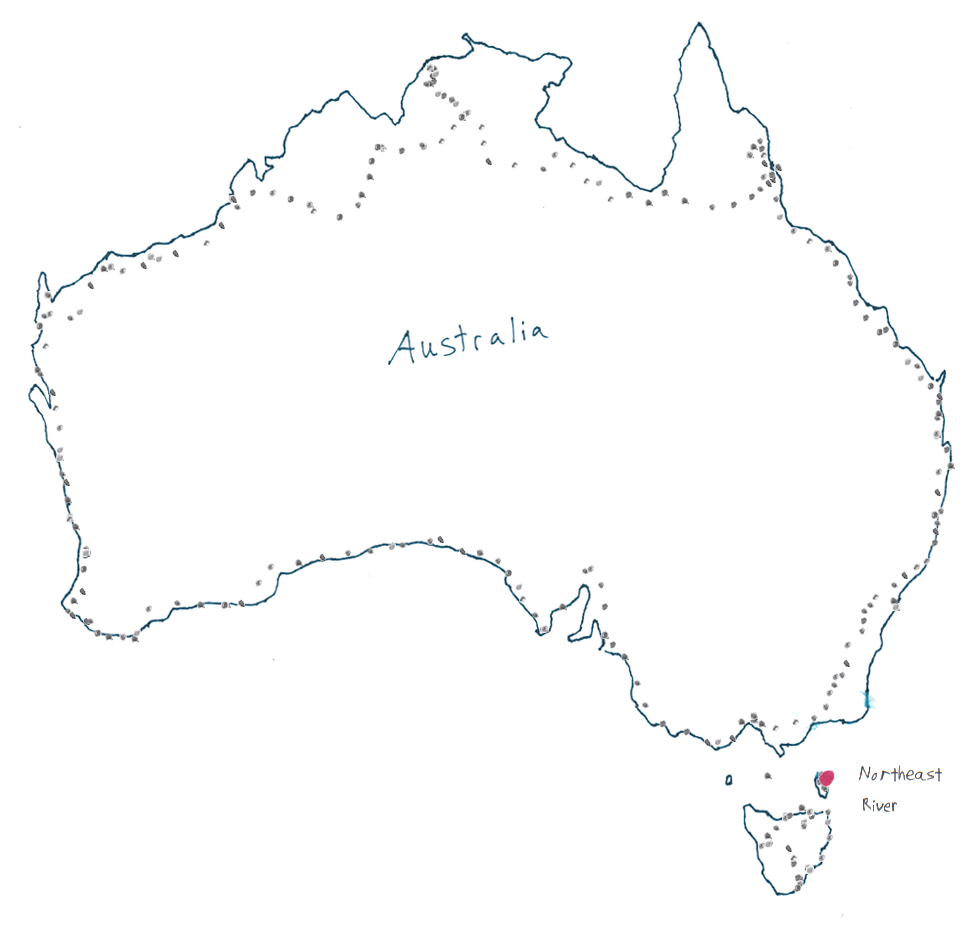 45k day and I biked nearly the whole distance across Flinders Island to the northeast river.