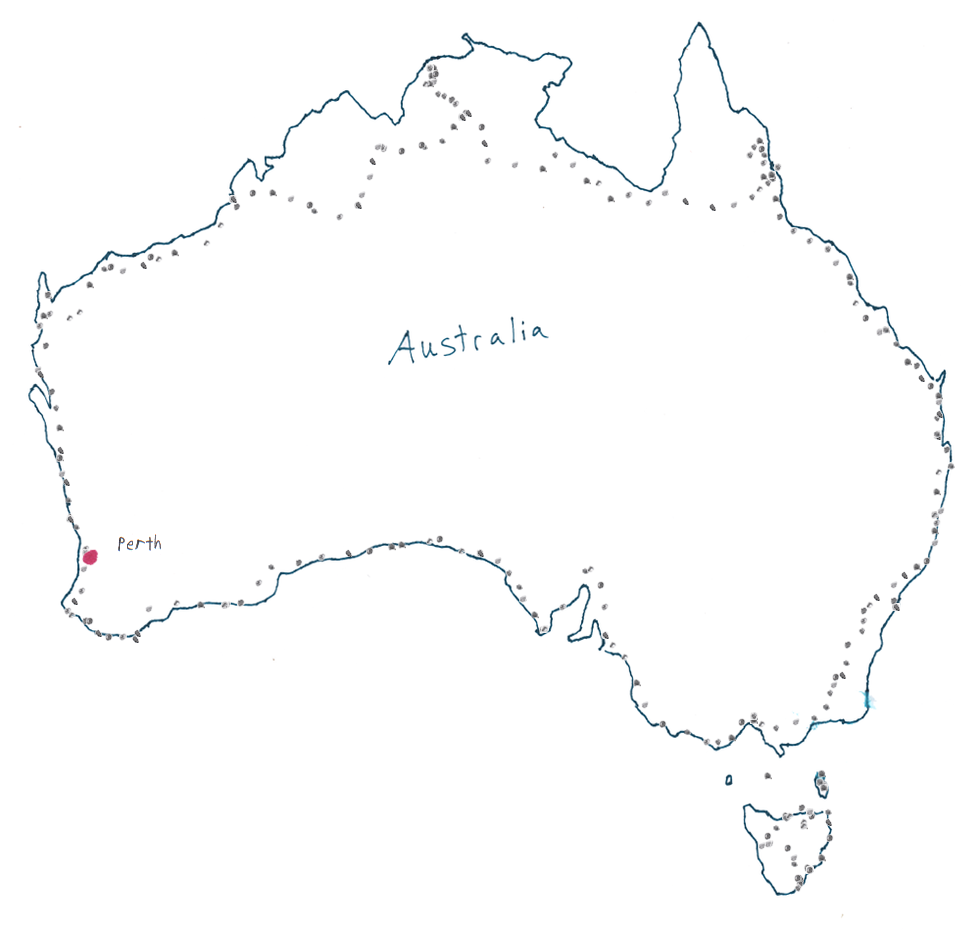 Ran around today looking for bike parts and a new rack..that is about all I can remember. It is sure easy to get around Perth on the bike paths. Each day I find a new little route that makes things even quicker.