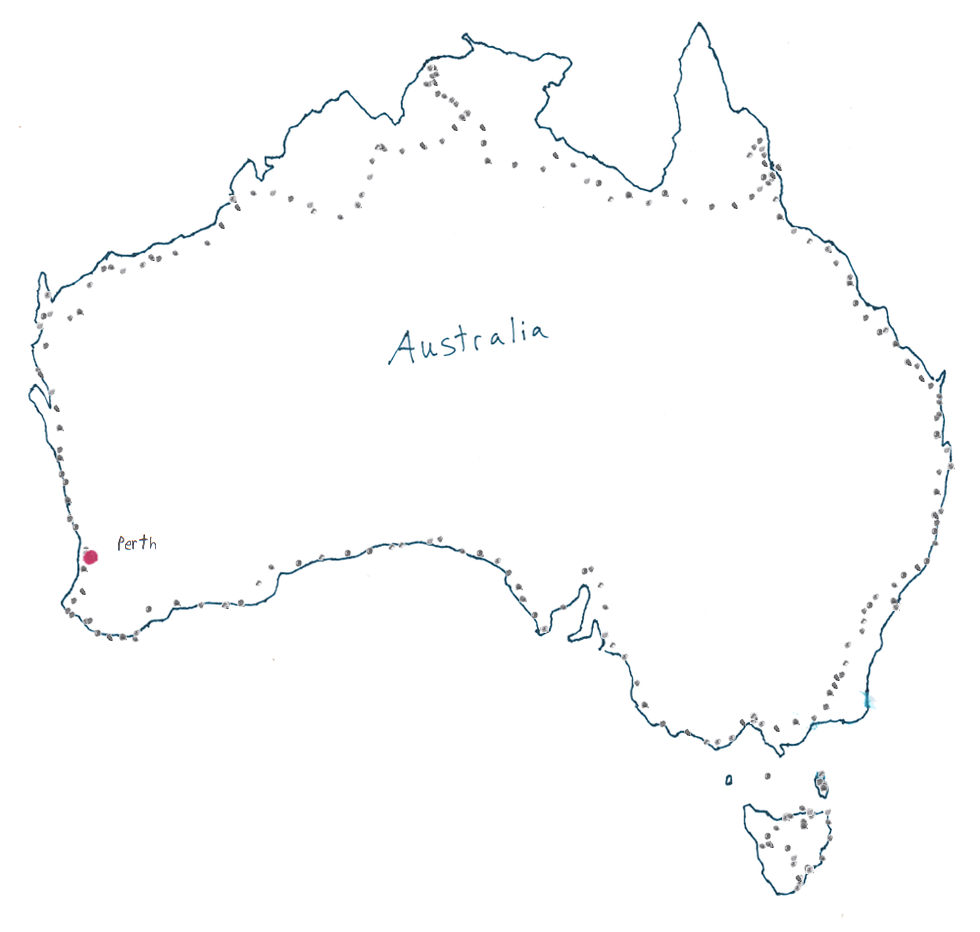 Spent the morning doing computer stuff. I am storing my stuff here at the hostel until this afternoon when I go over to Sam and Nadia's. Got a bunch of stuff done and then walked around Northbridge for awhile.

In the early evening I biked over to Sam and Nadia's place. Met Nadia, their 15 month old daughter Aurora, and their two dogs Denali and Zelda. Kotsa good books hear that I've been wanting to read too...like "No Logo" and "Stupid White Men". Knowing me I'll end up working on the dang clock or travel sites instead of reading.