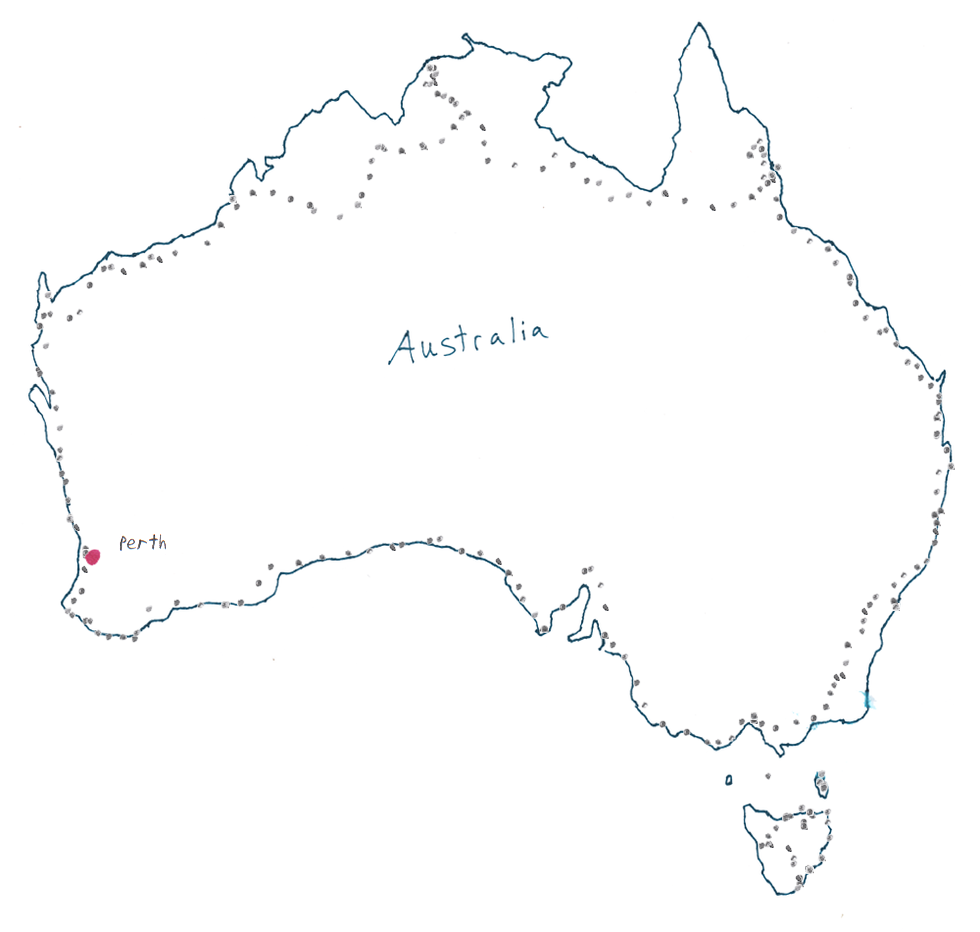 Spent the day going around town doing errands. Have to get my US passport renewed in addition to getting a renewal on my Australian visa. Going to the US consolate was a lot like visiting Fort Knox.

Got the passport stuff taken care of and walked up the street. After bidding so long to Andy last night....I run into Andy and his Father.

Walked up Hay street, got the new Richard Buckner! It is out now down here, that is cool. Also exciting is that I found a place that does backpack repair and I was able to get to big fat zippers to replace my broken ones. (Hey, when broken zippers have been ticking you off every day for a couple months, you'd be downright excited too.

Made plans to meet up with Sam later tonight. I called him on his mobile and he said "Where are you?" U told him I was in front of the Aberdeen Lodge on the payphone. turns out he was standing right next to me. I've always wanted to have a conversation like that...now I have. Talked with Sam for a long while..we have a lot in common. An older guy eyed me and walked straight over to me. he interrupted us saying..."Hey, really sorry to interrupt but I just wanted to say I love that band". I was wearing the blue husker Du t-shirt. Cool.

Did some more computer work and crashed out. Someone has their phone plugged into one of the two electrical outlets in the room, I lost my monopoly. (my laptop in one, battery charger in the other)