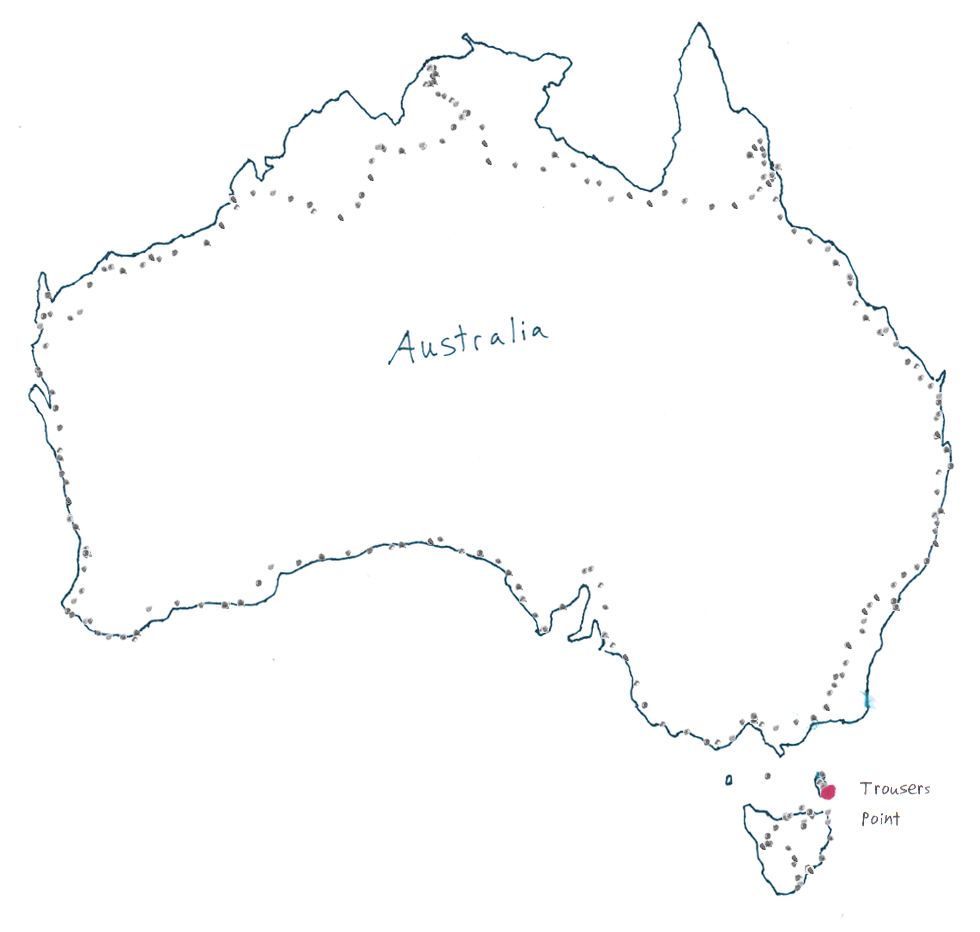 Hiked to the top of the highest point on Flinders Island...Strezlecki. Met a few people on top who wondered what the piece of cardboard I had with me was. Well, they found out!