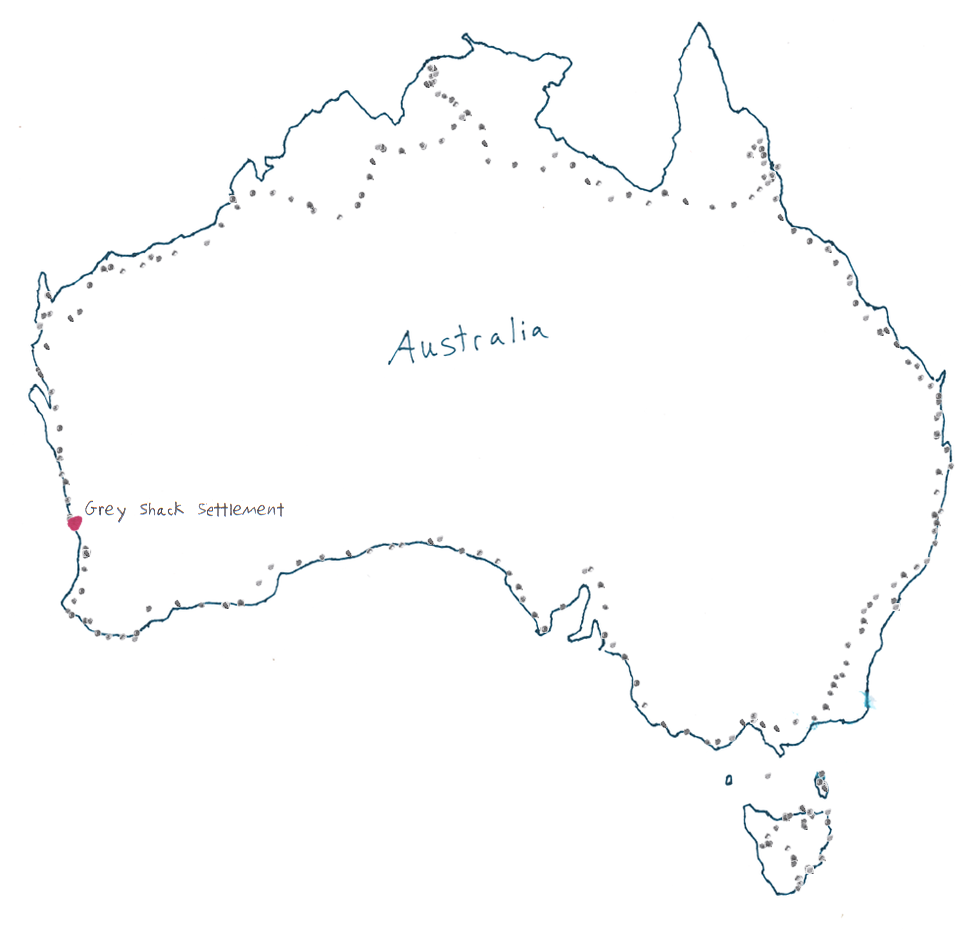 went out on the boat again this morning to check the craypots. The water was a bit rough. To make matters worse the craypots needed to be baited up with some week old rancid fish entrails. Poor Paul almost threw up. I haven't smelled anything that vile in my life. Ugh.

There are some large sand dunes to the east of the shack, so we cruised up there in the landcruiser. Paul had his kite so we played around with it for awhile. Going back uphill with the kite was tough, but I figured out I could just go way back and have it pull me up the hill. It worked great until I tripped on my last step and it drug me back down the hill. what fun!