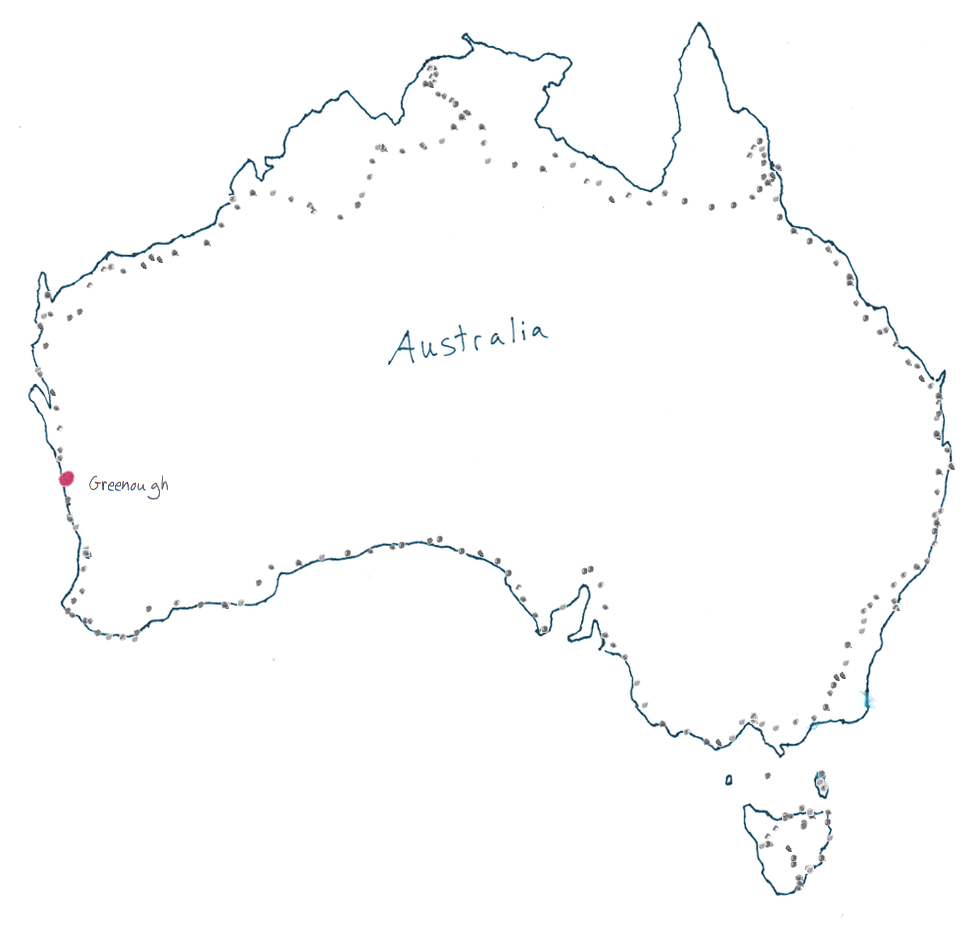 So now you all are wondering what the heck is going on with the stolen money. Well it turns out Bugs Meany took it to by food for some homeless people, but Encyclopedia Brown saved the day. Actually I dunno what happened. I talked to the other guy staying there (he was about 60 or so). The cops searched his room too. So who knows. This is the second time this has happned to me this trip though.

Ride was pretty average to Geraldton. Still can't get over how the bush just ended, now it is the land of fresh food, strong FM radio signals, and no ability to camp wherever I feel like it. I was trying to get to town before both bike stores closed. By 1:30pm one of them was closed, but I went to the other one. They had a tire but hardly any 700c tubes. This is definetly the last time I tour on 700c wheels. As I was getting ready to leave, another one of the guys who worked there started talking to me. He offered me a coffee. I ended up getting a clock pic with a few of the guys in front of the bike shop. We went down the street and had some more coffee. (Thanks again for the coffee Jeff!) Jeff told me that there was a caravan park about 30km out of town, which sounded perfect.

Had a pretty normal ride (by normal I now mean into the usual strong headwind) to the caravan park. On Triple-J radio they had the Daniel guy from Silverchair in the studio. He was talking and playing a bunch of his favorite records...good stuff too, a lot of King Crimson, Captain Beefheart, Velvets, and Frank Zappa.

Got to the carvan park as the sun was going down. The guy running it is a dead ringer for my ex-next-door neighbor Mr. Kliphouse (in about another 15 years).

This wind is cold, I'm going to bed.