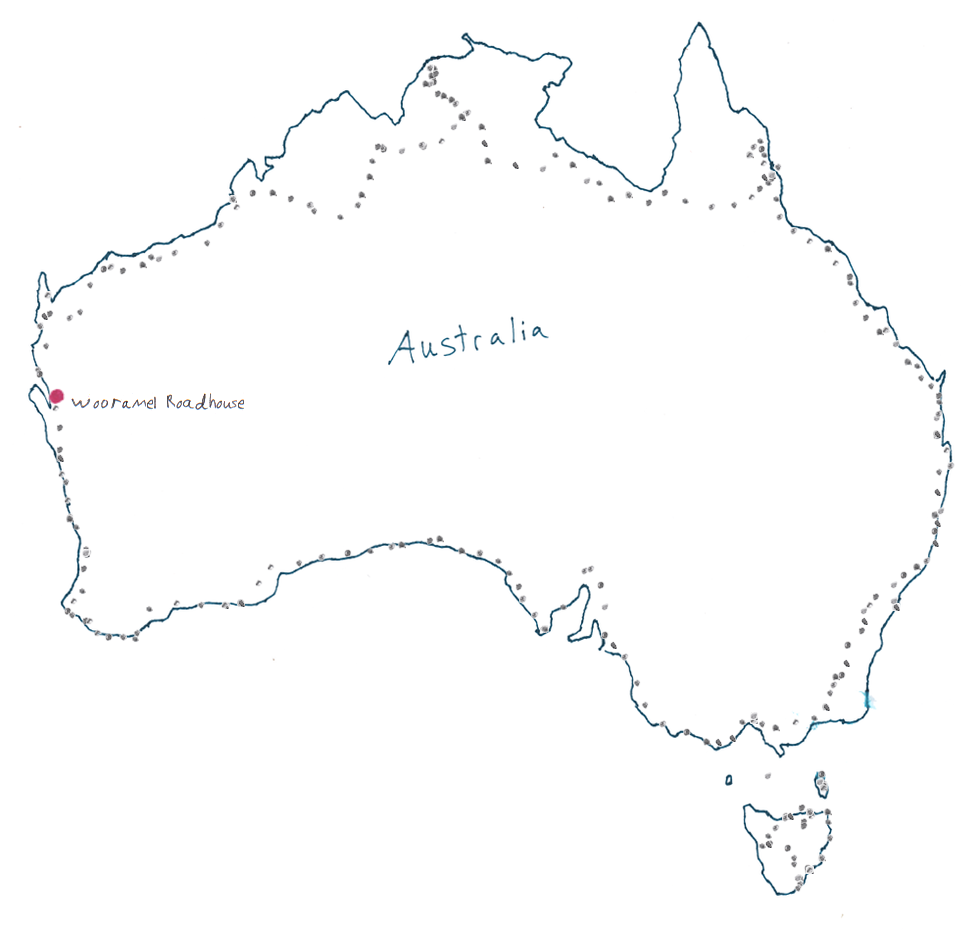 Last night was a long one. After the snake episode, the rain episode followed. I didn't have the rainfly on my tent since rain hasn't been an issue. I started feeling rain about 2am, so I got up and went outside to cover up everything. Running around naked in the rain with non-stop "ahh's" as a zillion thorns kept sticking into my feet.

Didn't get going until 10:30am. Had to fix my other tire since it was flat. Pushing the bike all around yesterday looking for a place to camp wasn't the best idea. Everything is so dry. Ants were all over everything too. This bush camp sucked! Even worse is that I couldn't get Bob Seger's "Turn th Page" out of my head.

Got going and there was a strong headwind. I crept along at about 10km /hr for most of the day. Only fun part was finding about five license plates along the way, Christmas gifts should be covered now. Had to actually put on my rain jacket and stocking cap, since it was cold for a change. A younger couple stopped and talked to me for awhile, they said Simon was about 10km ahead...so I figured I'd see him at the roadhouse. I continued on and saw a couple wild kitty cats running across the road. It was a little creepy actually to see "wild" cats running around in the bush.

Reached the roadhouse about 9:30pm, it was closed. I went across the road and camped, unloading the bike on the road and carrying all the crap to camp.