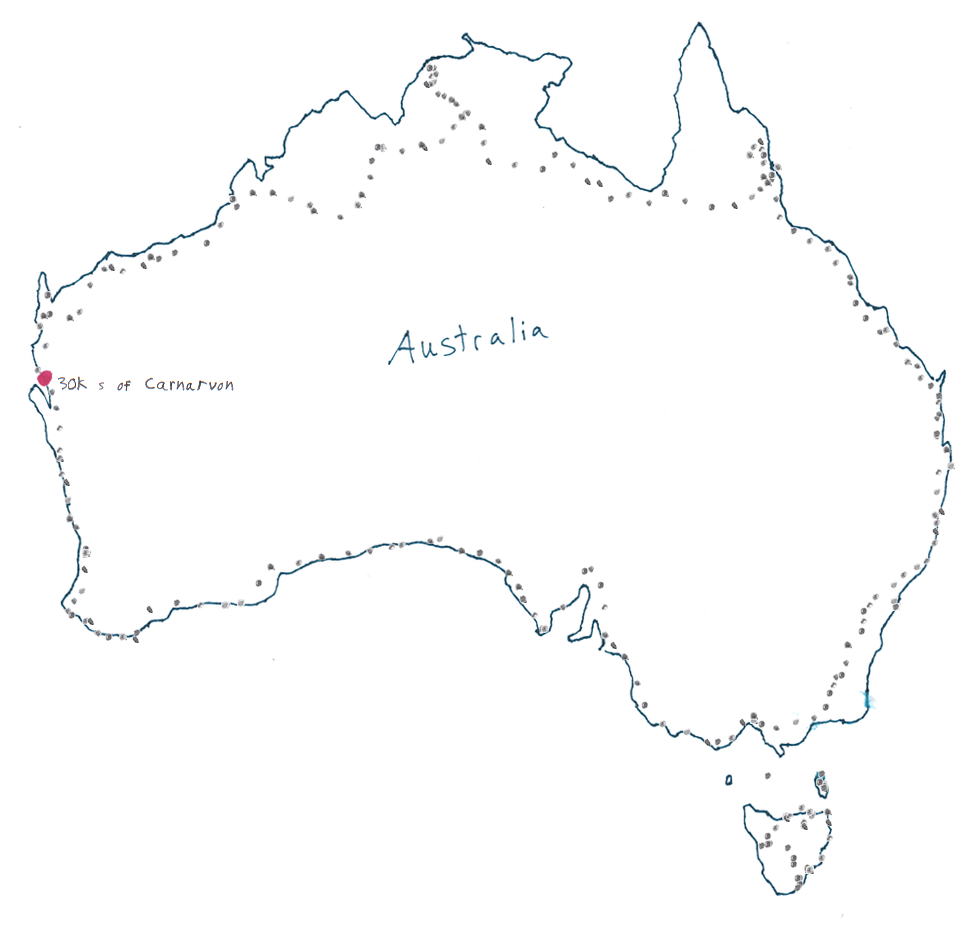 I'm sitting in the bush, and the dang ants are crawling all around the screen. I don't see them until they walk on the text areas with the white background on my screen.

Woke up at around 6 am. I looked at the guy in the top bunk next to me, there was a giant watermelon next to him in his bed. I think someone was playing a joke.

Talked on da phone for quite a while. Funny how it costs about 4-5x more to call somewhere in Australia as it does to call to the US. Dad talked to me on the phone while cutting sheetrock, and I thought I was cool just cause I could write code and talk on the phone at the same time.

Made a pass by the supermarket and drugstore. The drugstore actually had 5.25inch 1.2meg floppy disks...the disks that put the "floppy" in floppy. (Well, actually the 8inch ones were first...160k per side..whoo hoo!). They had about 100 boxes of these disks, all marked down to !10.95. I just bought the 3.5 inch ones.

I decided to just pack up and leave. I didn't feel like sitting on my butt all day, plus the hostel was a bit gloomy. When I got back to the hostel Simon was packing up. He was kinda feeling the same way I was, the woman running the hostel was a bit grumpy. I felt like if I stayed one minute past 10:00am she'd charge me the day rate. When I took my sheet back she said I needed to leave since it was 10:00am. I threw all my stuff outside where Simon was and packed outside.

Blew outta town and met Simon up the road near the big Satellite dish. We went up there and took a few photos. He was going back to the gas station to write a few emails, so I took off down the road. The wind was blowing kinda hard and I was kinda tired. It was kind of nice actually to take the day off "on the road". By this I mean not having to really plan on making any distance. Found a couple license plates on the side of the road.

After walking around here barefoot for awhile and getting stuck in the foot a bunch by these dry thorns, I expected a flat tire...sure enough, my front one had about 300 thorns in it. Back one hasn't gone flat yet despite pulling a bunch of thorns from it. You get what you deserve as the Big Star song goes...time to start carrying the bike around in the bush again.

Ok...not done yet. I'm writing up the captions for the photos below and I feel something on my foot, dang ants were back. (they've been crawling on me in droves every couple of hours or so). I flicked them away but as I looked down I discovered it was a small snake! ACK! ACK! YIKES!