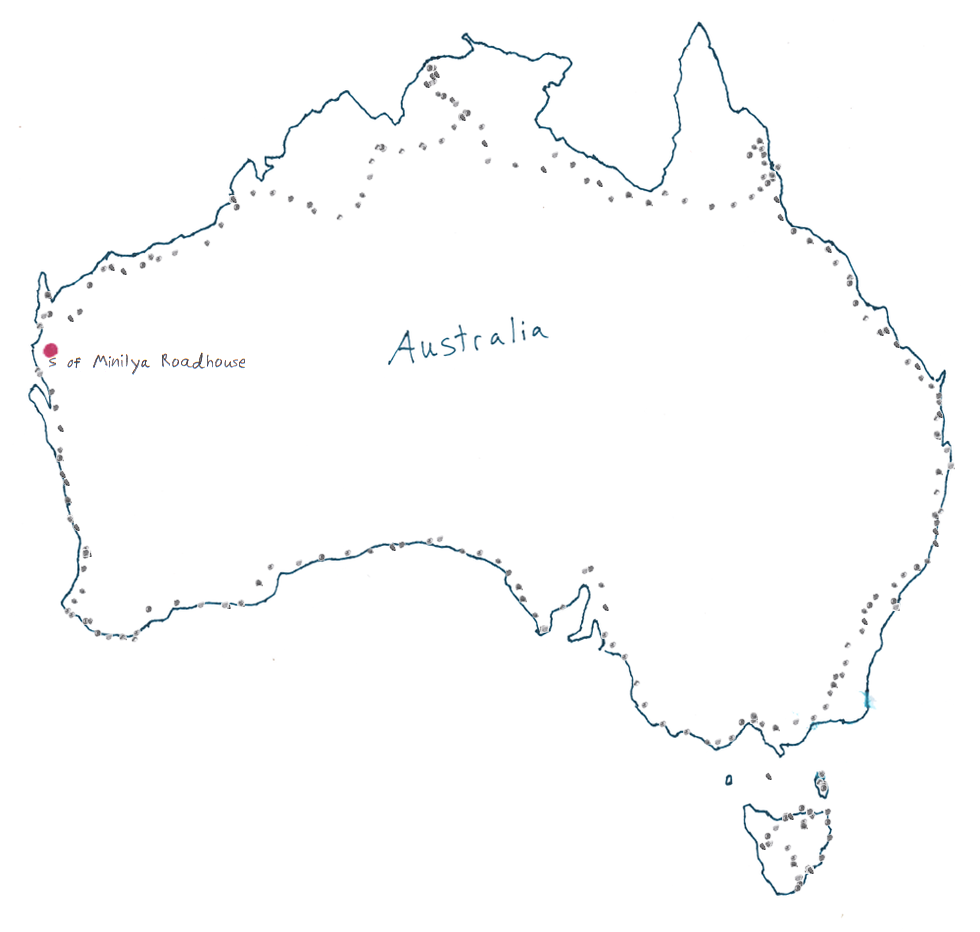 Headed out of Coral Bay. Rob and Co. were leaving later that afternoon so I figured I'd see them along the way, Rob said he'd bring me chocolate.

There was a lot less wind today, so the ride wasn't that bad. I got to the Tropic of Capricorn about 3pm. I crossed this on the East Coast around Rockhampton. My GPS had both crossings in the wrong spot. 23.5 degrees south was actually about 10km south of where the actual line was. Oh well, took a bunch of photos anyway...because everyone showed up when I was at the line. Good timing. I signed my name on the TOC line and put on my kilometerage. Said goodbye to everyone again, since I probably would see them until Perth.

Rest of the ride was pretty uneventful, except for the occaisional license plate finding. Had a burger at the roadhouse and wrote a couple letters. While I was outside eating, a dingo came up by me, not seeing me. He jumped when he saw me and did this spooky little scurry action away from me. He walked like he was on air or something, quick little springy steps. Anyway, that is the first dingo I've seen in the wild. I rode about another 20km, listeneing to Will Oldham's "I see a Darkness" album. Ended up pooping out and calling it a night.