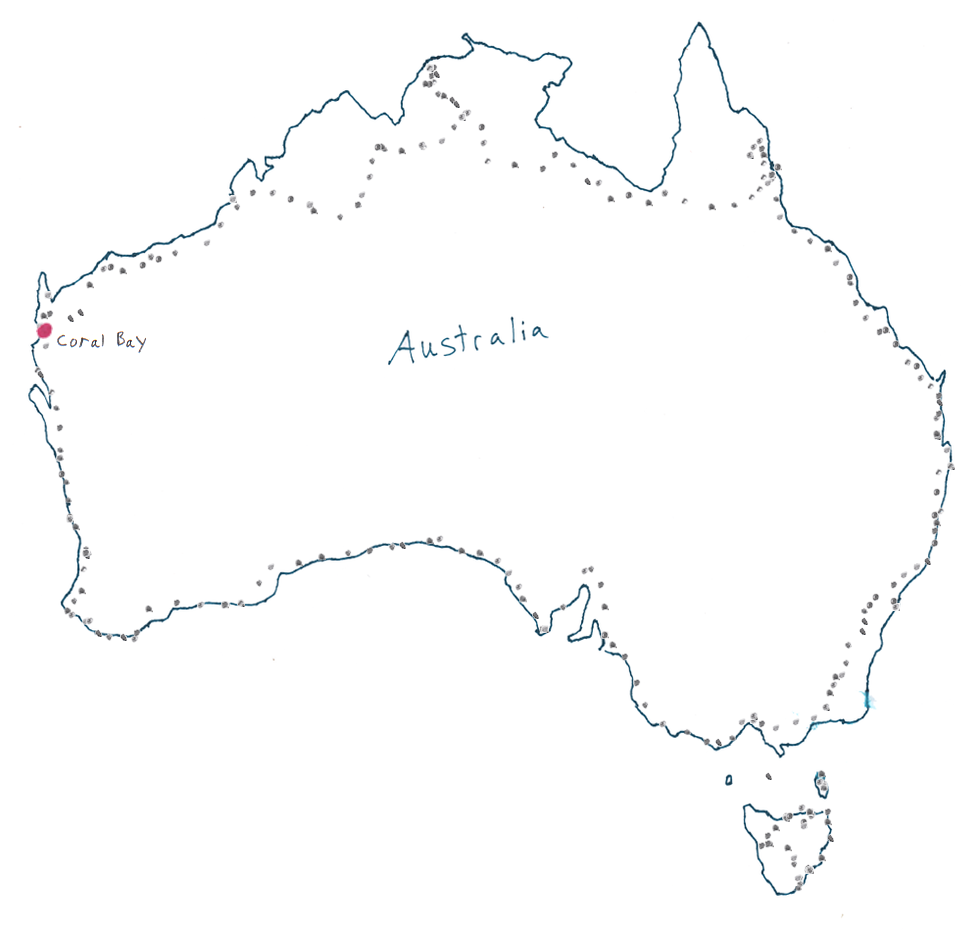 The ride today was really tough, took me six hours to do a 3.5 hour ride. If this was a whiny travel site I'd spend a couple pages on how bad the wind was, but I'll just use the above sentence. Ran out of water and had to go into my "reserve" two liters which I've been carrying on the front of the bike for about 3 months now. It tasted like half the plastic bottle was now in the water. Thanks, but I'd rather dehydrate.

As I pulled into Coral Bay a tour bus was leaving. Everyone jumped over to the side of the bus and leaned out the window, cheering me on. This was nice. I remember how on the east coast oncoming drivers would just give you a look of disgust. "Flatlanders" as my friend Curtiss calls them.

Went to the Caravan park in Coral Bay. They manager guy was a nice guy, but pretty intense. He wanted me to go check out the site before I paid for it...to make sure it was what I wanted. It was right next to a big fence, thus blocking out all the wind.

Met this guy from Italy there who was heading down to South Australia to see the eclipse in a couple weeks time. He has been all over the world seeing eclipses. I gave him a license plate and he gave me a shell.

Rob and company should show up tomorrow.....