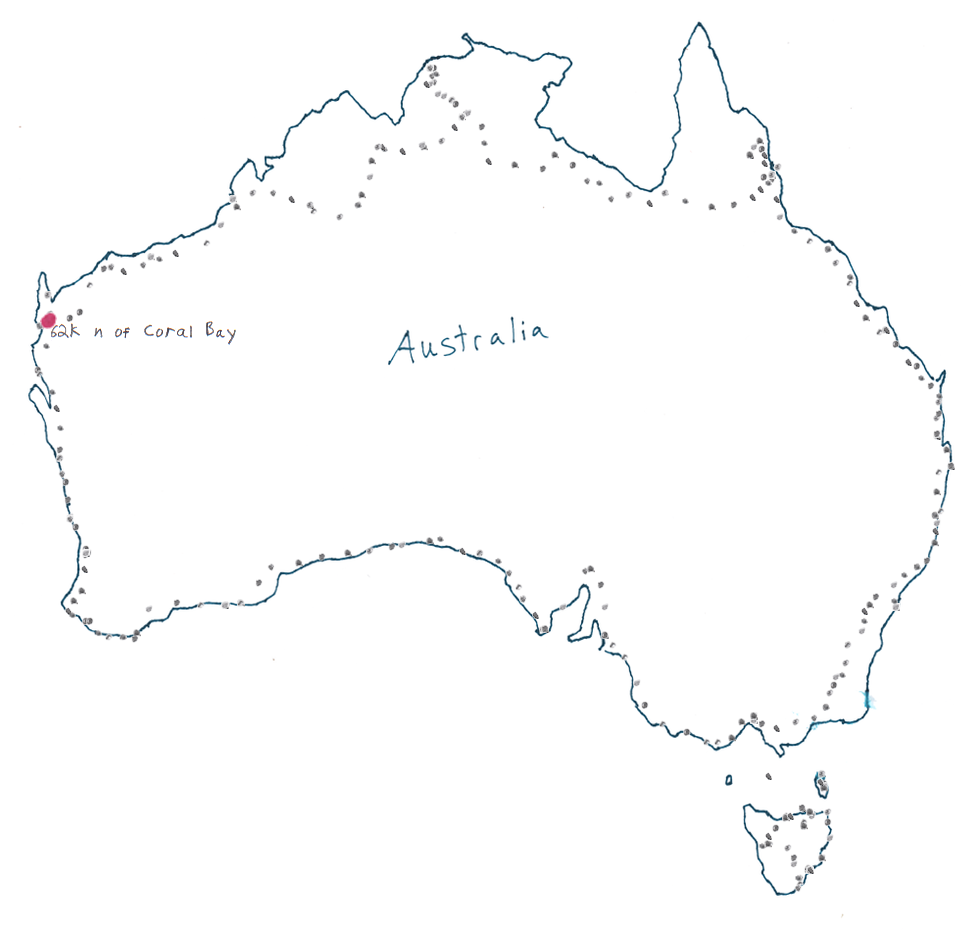 Headed out of Exmouth into a slight headwind which gradually got stronger. Stopped under a tree for a couple hours, one of the few I've seen on this whole stretch of road. I took a nap and when I woke up the wind was in a full force gale wind. I hopped back onto the bike and got riding, at a whopping 7km/hr. This kind of put me in a crap mood. I stopped to refill my water and an oncoming car stopped. There were two cute girls in their early 20's inside. They talked to me awhile and then drove off when another car was coming. I continued riding and new things were not good when two cute girls couldn't even cheer me up. Eventually pulled off the road and camped near a large termite mound. It was kind of nice camp, sat there under the stars with tunes playing out of the laptop. Hopefully the wind won't be so bad tomorrow.