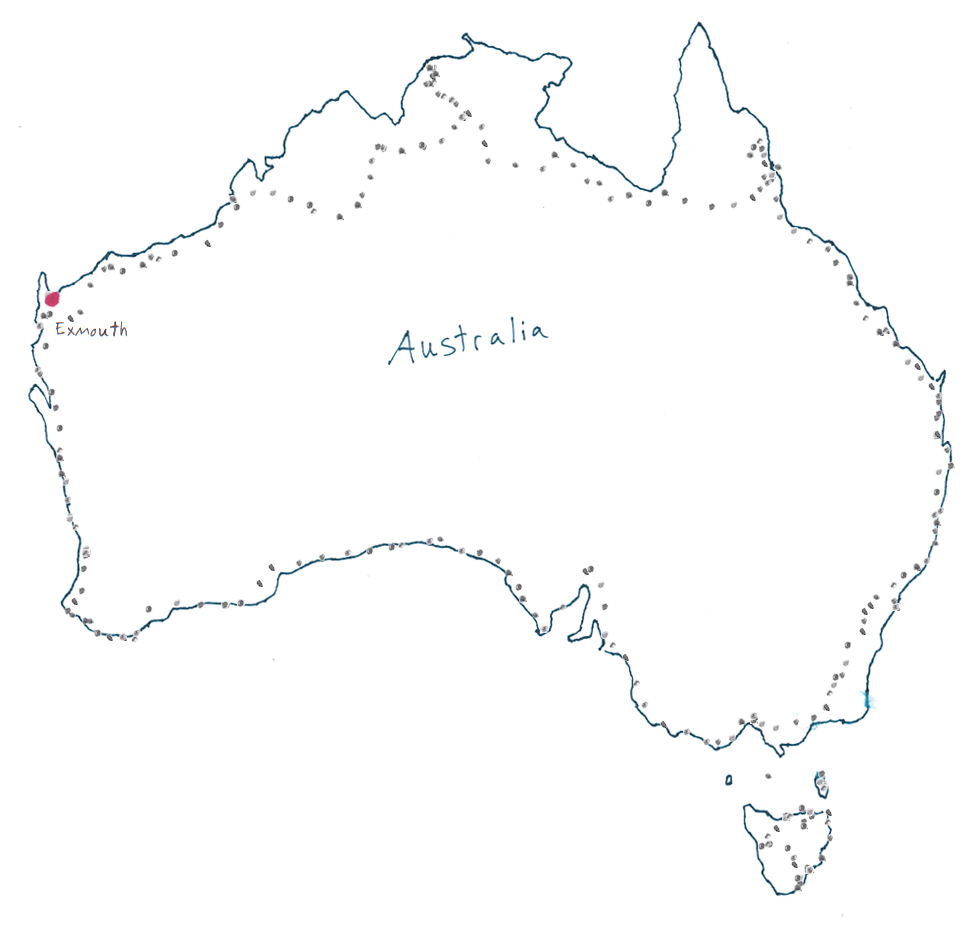 Today I went scuba diving again! I'm glad I had signed up for another two dives...cause this was probably the best day of all. Got some good photos and saw a lot of things I hadn't seen before, like sharks.

The first dive we were in the inflatable boat going out to one of the reefs. On the way out there we passed near what looked like a submerged reef. The guy driving the boat stopped the boat really fast...it was a huge manta ray. Didn't get to see the ray for too long though. The first dive was good, got some good photos and such...and ran out of air before anyone else...dang fast heart rate.

Driving around in the inflatable boat was kinda funny, I felt like at any moment we'd be landing on the shore...pulling our guns out and storming up the embankment, just like in the movies.

The second dive was off the pier. This was a pretty good dive. Came around to one part of the pier and there was this large reef shark sleeping on the bottom. Passed over him a couple times. They don't attack humans...for the most part from what I've heard at least. Got back up and had to pee badly. The guy on the boat said to just go over by the pier. Somehow I managed to get my wetsuit unzipped down to the middle of my chest with the BCD and tank still on. Due to my excellent giftage, I was able to "Get the hose" outside of the suit (up near my chest, really!) and pee in the water. Ahh, relief.

Back at the hostel I chit chatted with everyone, eventually getting a bunch of promised clock pictures. We were going to wait and get them in the daytime...but that never happened, so we settled for the mens bathroom instead.