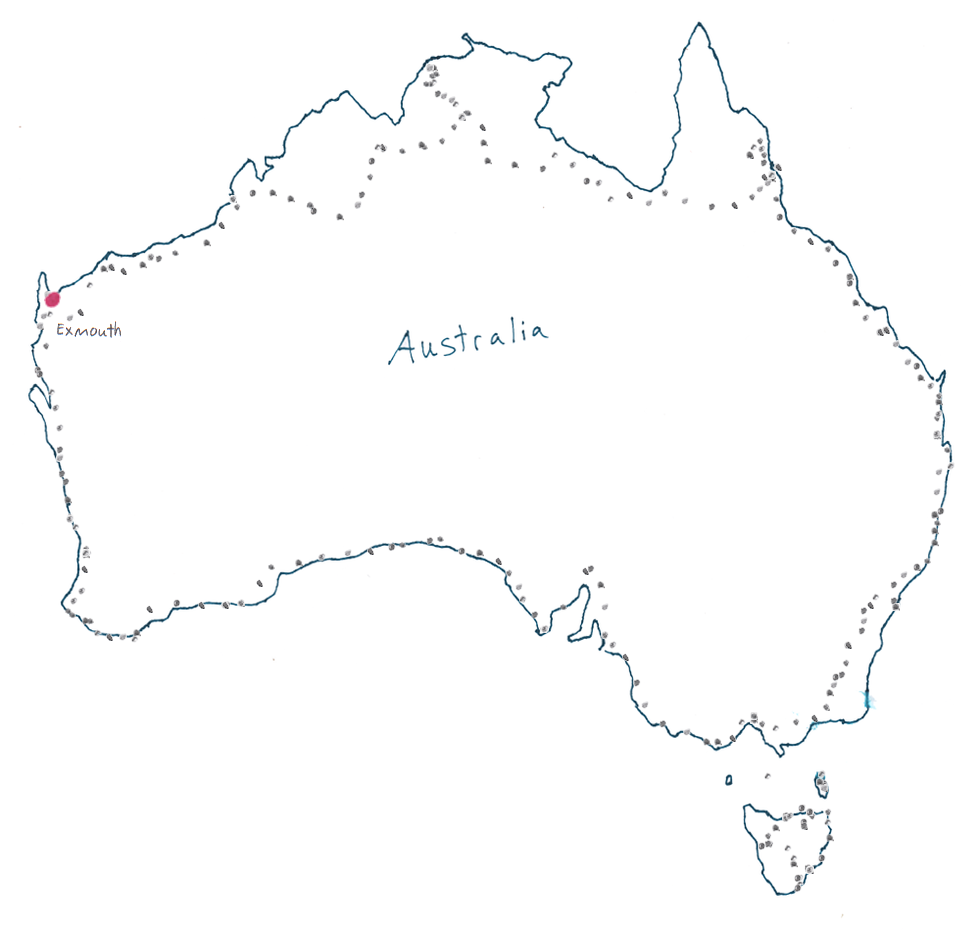 Today I went snorkelling at Turquiose Bay. This bay was quite a distance from town so I had signed up for the little tour that the hostel gave. I actually got a little carsick on the way, this was just the second longer car ride (over 30 minutes). I've had in eight months.

Saw a lot of fish there also...but nothing I hadn't seen before. The current was pretty strong and it was a bit unnerving at time as you are flying along on the top of the water with really sharp coral just a couple of feet below you. Some dolphins came into the bay at one point and so did a sea turtle.

Juice and cookies were supplied...nobody was eating the cookies so somehow I managed to eat most of them. Bad bad bad...but they were good good good, even if they were Black and Gold generic.