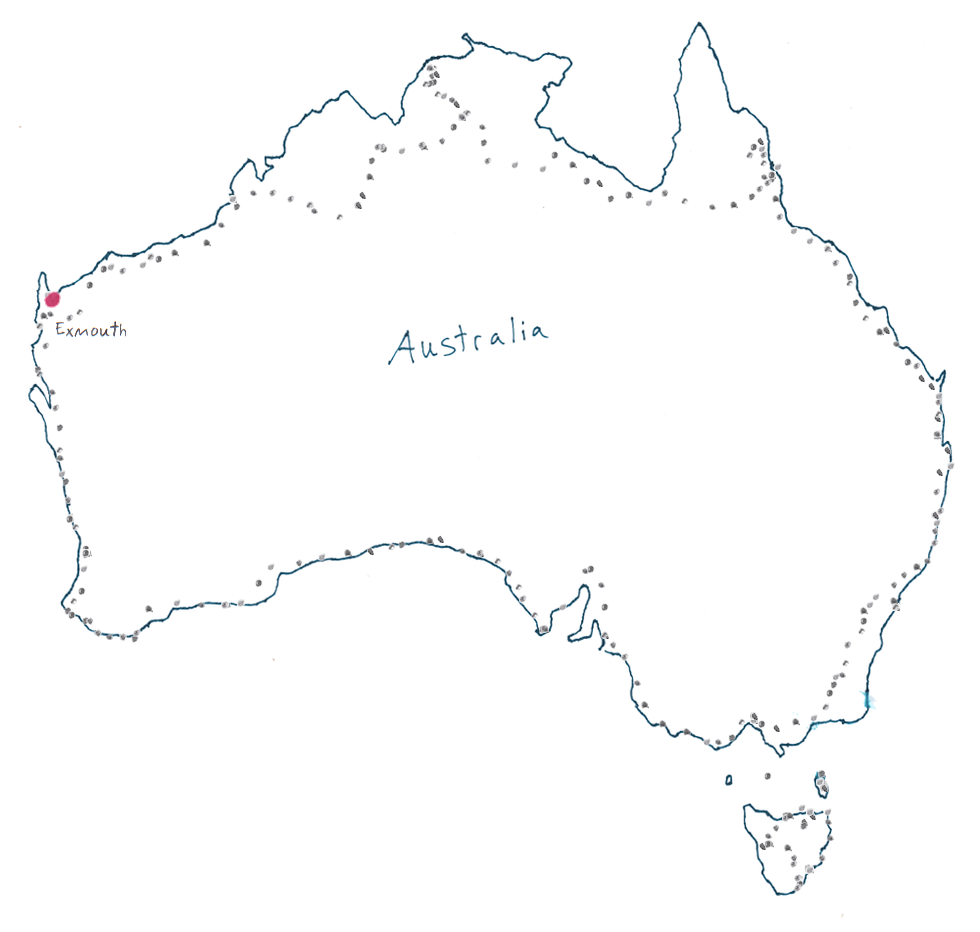 Woke up and had my typical mashed potato (potatoe if yer Dan Quale) and pea breakfast. Oatmeal just ain't cutting it in the morning now.

Had a nice ride to the junction listening to Big Star the whole way. Sat perplexed at the junction trying to decide if I should make the 2 day sidetrip to Exmouth or not. Decided to just go there and be done with it...especially since I'd have a nice tailwind along the way.

It was a really fast ride into Exmouth, average speed was about three times what it has been the past few days. Hopefully the wind will die down on my way back.

Got into Exmouth and settled in at the caravan park/hostel. The "hostel" is basically a shared room in these little container type things that are called "cabins". Now if there were just some chickens running around I could be living it up in style.

Actually did something unlike me...I planned ahead! Signed up for four scuba dives, two tomorrow and two on Friday. Three of the dives are on the Navy Pier which is this big pier that the Navy built in the 60's. Supposed to be one of the best diving spots in Australia. Going snorkelling on Thursday. Neat neat fun fun.