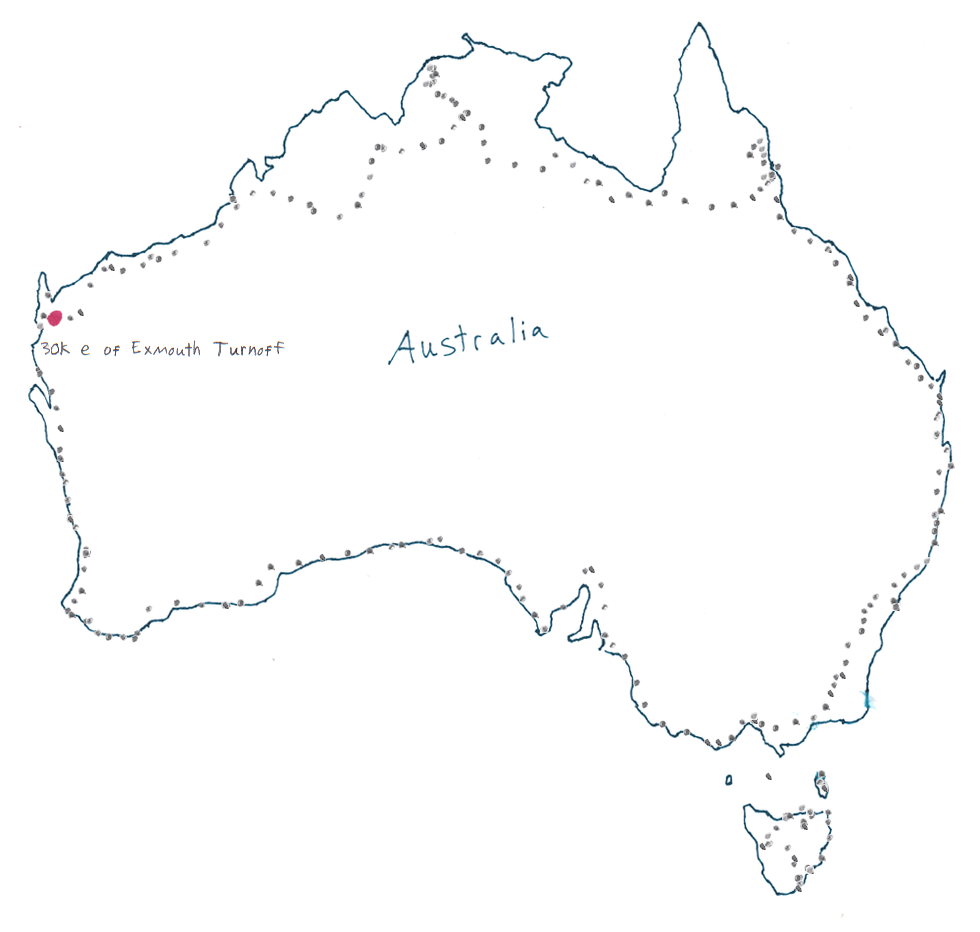 Akk bundled up as I write this, the wind is a bit cold. I actually have my stocking cap on. Just a week or two ago I was riding at night with my shirt off because it was so hot and humid.

Got up right before my alarm went off. Unlike previous attempts at getting up early, I actually sat up this time and fumbled about. I stared at the stars a bit and the fell back asleep. Last night I heard a car go past and then slow down. I heard a slapping sound and thought maybe the driver hit a snake...I was to lazy to get up and see, anyway.

Left Simon a "present" on the side of the road when I headed out....maybe he will see it. The morning was really long, pushing into a headwind for the first 4-5 hours. Eventually reached the turnoff to the coast, and that gave me a bit of a tailwind..suddenly my speed was double. Took a nap under a tree and pushed onward.

Broke a spoke on my new rear wheel, argh. I told them I wanted the heavy guage spokes when I was having the wheel built, but they put on normal ones.

Also realized that today I didn't speak to one single person, not by choice, but that is just the way it worked out. Nobody stopped to say hellow or see if I needed anything, weird.

Still dunno if I'm going to go up to Exmouth, it is 170k or so out of the way, but I do have a couple packages waiting there for me...and Grubby emailed me and told me he watched turtles humping on the beach, so maybe I should go.