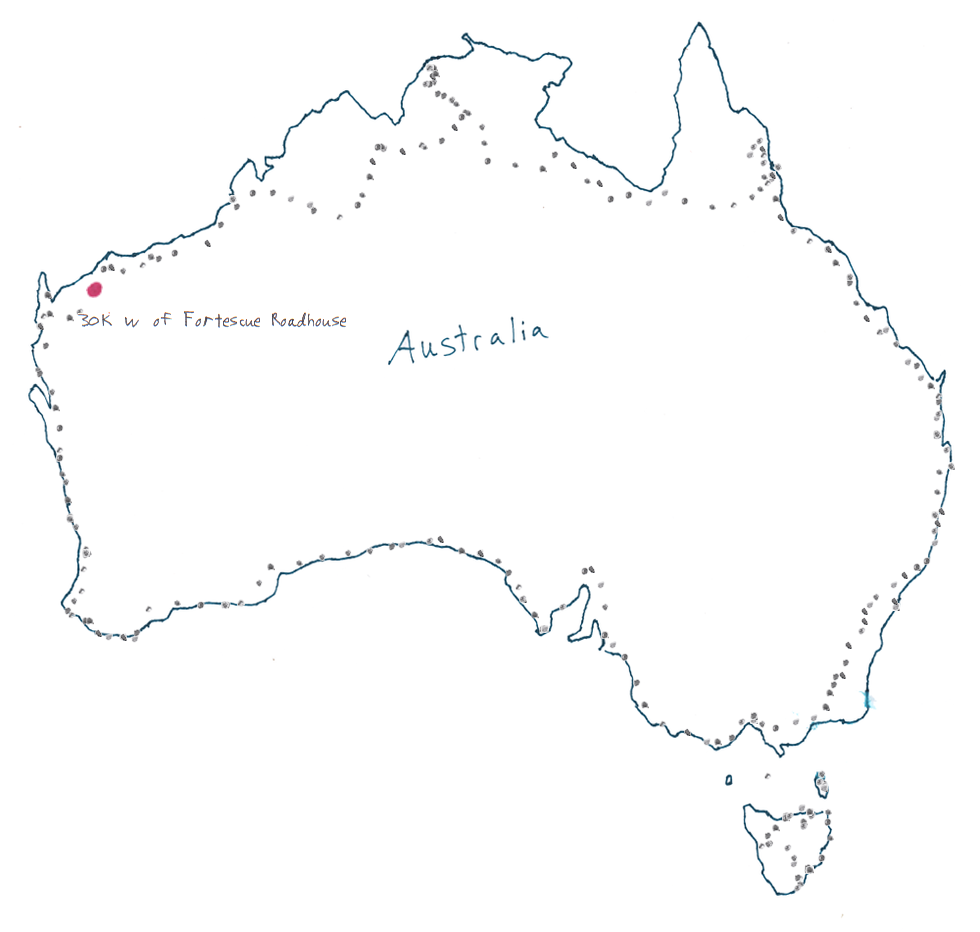 Did the old wake up early, take a couple pictures...then fall back asleep bit.

Had a pretty uneventful morning. About 15k from the roadhouse an oncoming car slowed down, the guy reached out and handed me a bottle of coke. I thanked him...he said it looked like I needed it.

Stopped for a second to get some water and a kangaroo came jumping out from under a drain culvert. It bounded along...then at the apex of the bounce..caught a fence and flopped over face-first into the ground. I laughed as it got back up...shook it off...then kept bounding away. It was such a graceful fall I couldn't help but laughing.

My mind starting thinking about all differnt sorts of things that have happened on the trip...like running into various sorts of pushy religious people. By pushy I mean the arrogant types who shove literature in your face and act like their religion is the "one true religion". As I was thinking about this and higher forces, my rear tire blew apart. So it was either one of these "higher forces" that blew it apart, or the fact that I'd been running on the same tire for the last 5,000k and it finally gave out. ha ha.

I reached the roadhouse and spent awhile there eating, reading, and sleeping. The woman at the roadhouse had met both Chris (the guy I met riding south of Cooktown), and the Japanese guy I've been chasing since east of Melbourne.

Rode on into the night, started getting tired and stopped...I can't ride to well when I'm tired.