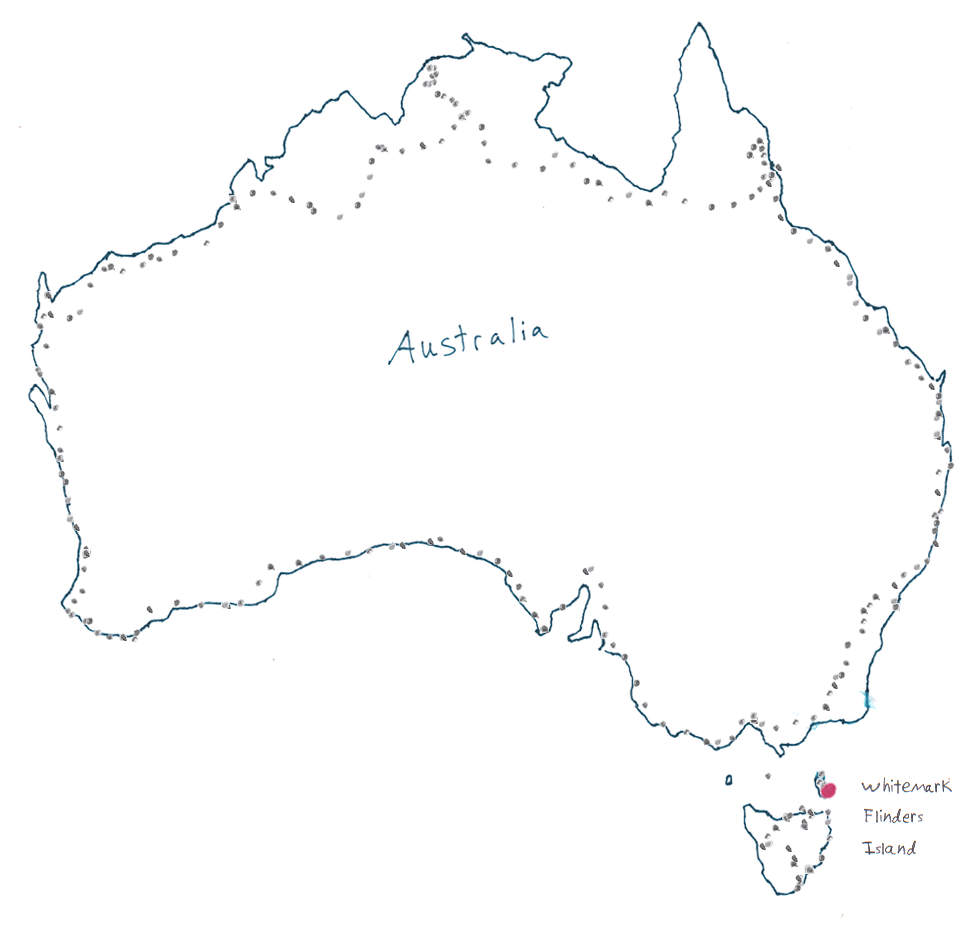 Woke up and felt really stiff. Later I started realizing I was getting sick with something. Biked back to Whitemark and stayed with Wayne and Lisa. Wayne had a wombat named Lana. He was driving one day and saw a dead wombat on the road that looked like it had recently been hit. He stopped and checked the pouch and found Lana inside...so he took her home. He said he has done this a few times. They eventually go to this woman who takes care of them when they get older. I got to feed Lana with the bottle...pretty tough!