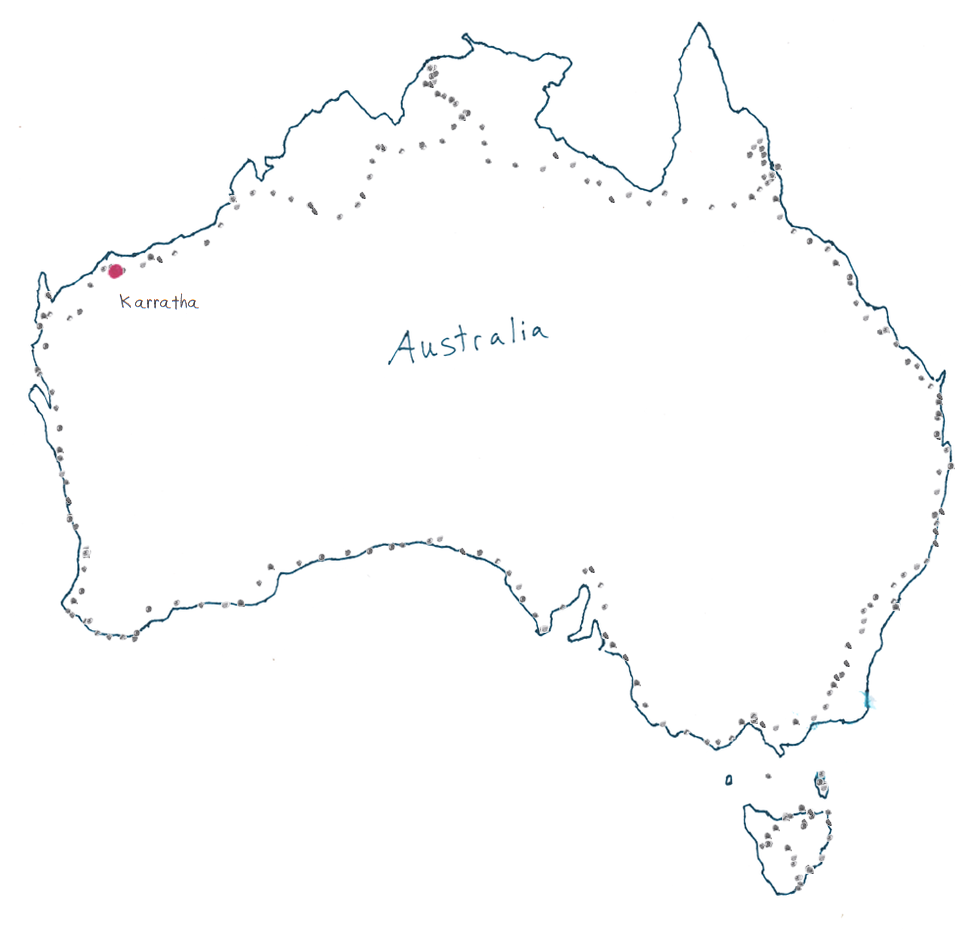 I rode 90k today unloaded. I got this email awhile back...but didn't see it until yesterday evening. A guy from the UK (hi Larry!) wrote me saying he used to live in Roebourne and really wanted some photos of a building there that his father built. Since my wheel wasn't coming today I decided to be a nice guy and bike to Roebourne. Wouldn't be that big of a deal since I wouldn't be loaded down with stuff. On they way out there I found three Western Australian license plates! One for Mom, Dad, and my Sister.

Took a bunch of photos or Roebourne and headed back to town. Didn't really do anything else major except drink a lot of red wine and write letters.