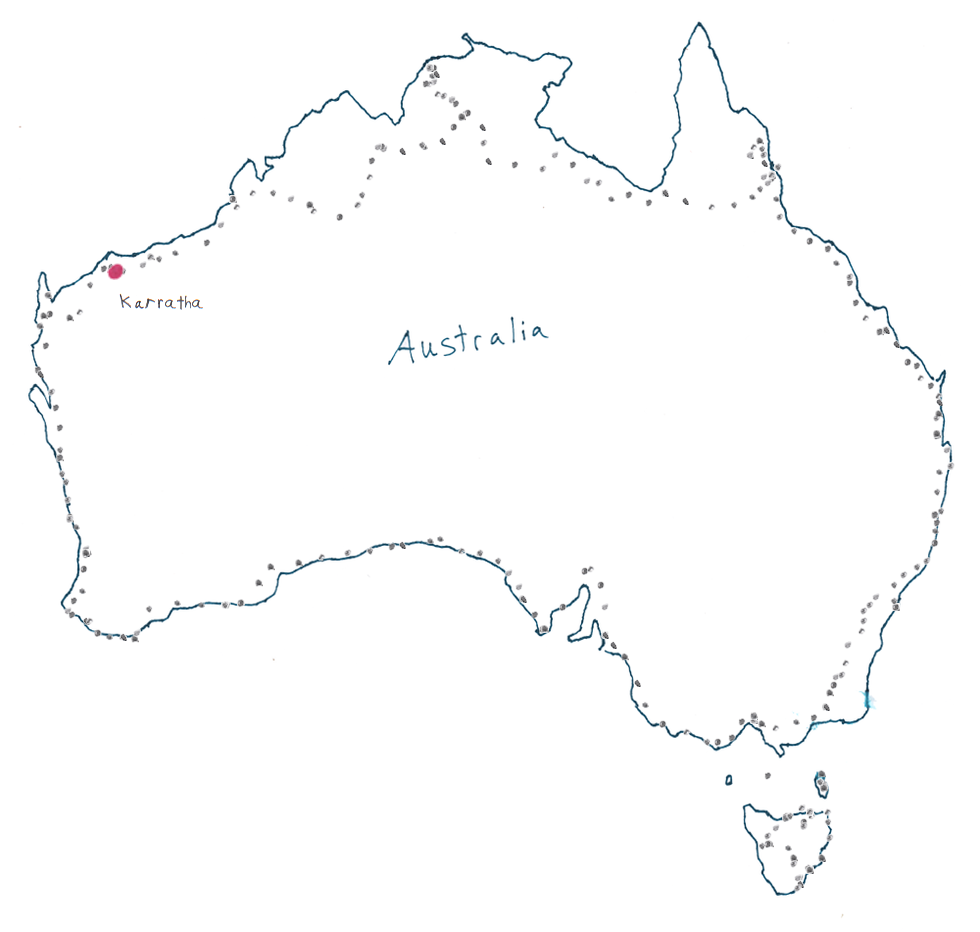 Had a nice ride this morning...wasn't in too much of a hurry since I only had about 3/4 of a day to do. It was a pretty fast ride into Roebourne since there was a strong tailwind. Spent awhile there. As I was leaving town I passed a church where there was this old guy sitting on a stool watering the flowers. I stopped and talked to him. His name was Frank and he was about 90 years old. He invited me in and gave me the run of the mill in the kitchen. I had a cup of coffee and talked to him awhile, then took off a half hour later.

This town annoys me already. Picture the parking lot of your local McShoppingCenter. That is pretty much what it feels like. There are a few roads, but the big bulk of the town center is set up around these giant parking lots. I dove right in and got a large pizza from the local pizza franchise joint. This particular franchise was awarded the "#1 upseller of the year" award or something. I can see why, the guy must have asked me if I wanted about 4 billion things either in, on, or with my pizza before he took my money.

Ran into Simon on the way back to the hostel. We couldn't actually get to each other due to the maze of traffic islands and parking lots. I dislike this town already and I'm going to be stuck here till Thursday. As Simon and I were riding down to the hostel, we passed a house and heard a guy yell "HEY! Do you want a beer!". Simon and I beelined it over to the house. Turned out to be a few guys in their mid 20's. We ended up staying there a couple hours drinking beer with them. One of them, Chris, told me my new favorite joke:

a: cause when they fuck off you can have a nice day.