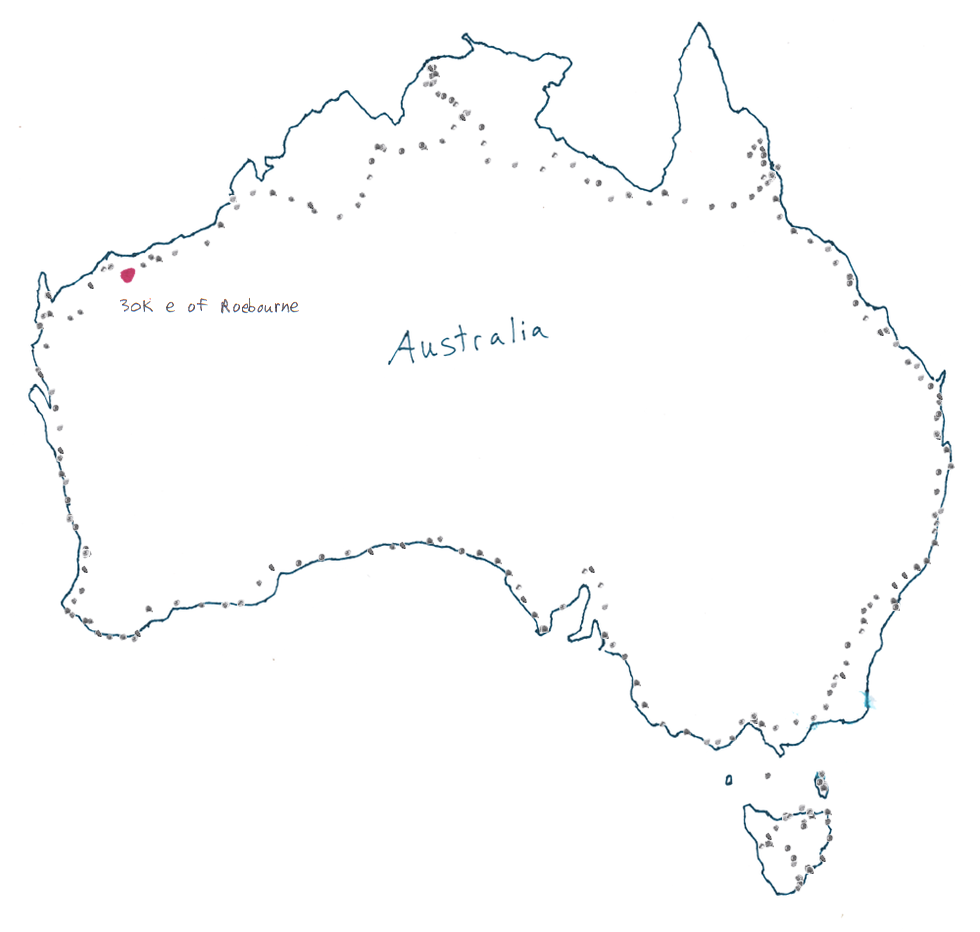 Pretty normal day today. Starting to see hills again, yay! Got to Whim Creek about 11:00am. It is just a nice little pub there...that has been blown over by cyclones a few zillion times. The last cyclone that came through lasted for 22 hours and they owners and everyone else huddled into a metal shipping container for safety. The walls were filled with photos...including ones of a beer drinking camel. Since this roadhouse was a little more touristy...it meant that there were a lot of tourists around asking the same dang questions. By this I mean that they don't get out enough. My friend Kevin was telling me that when he was riding to Burning Man in the states, everyone was cheering him on. Out here they act like you are nuts and you should be driving. Argh.

A couple heading east said that this was the nicest roadhouse they had been to in awhile, the others had been kind of a dump. yay! This means they will be good.

I took off about 4:00pm and rode into the night. Ended up going about 15k farther than I planned since I couldn't find anywhere decent to camp. Well, I did find a spot around the 100k mark in these trees...but the place was really creepy. I keep thinking how in that book "Tracks" about the woman saying she camped in the desert and kept having horrible dreams all night. When she got to the next town she was telling someone about her dreams the other night. The person asked where she camped and she told them. The person said "oh sheesh, that place is haunted...you shouldn't have camped there!"