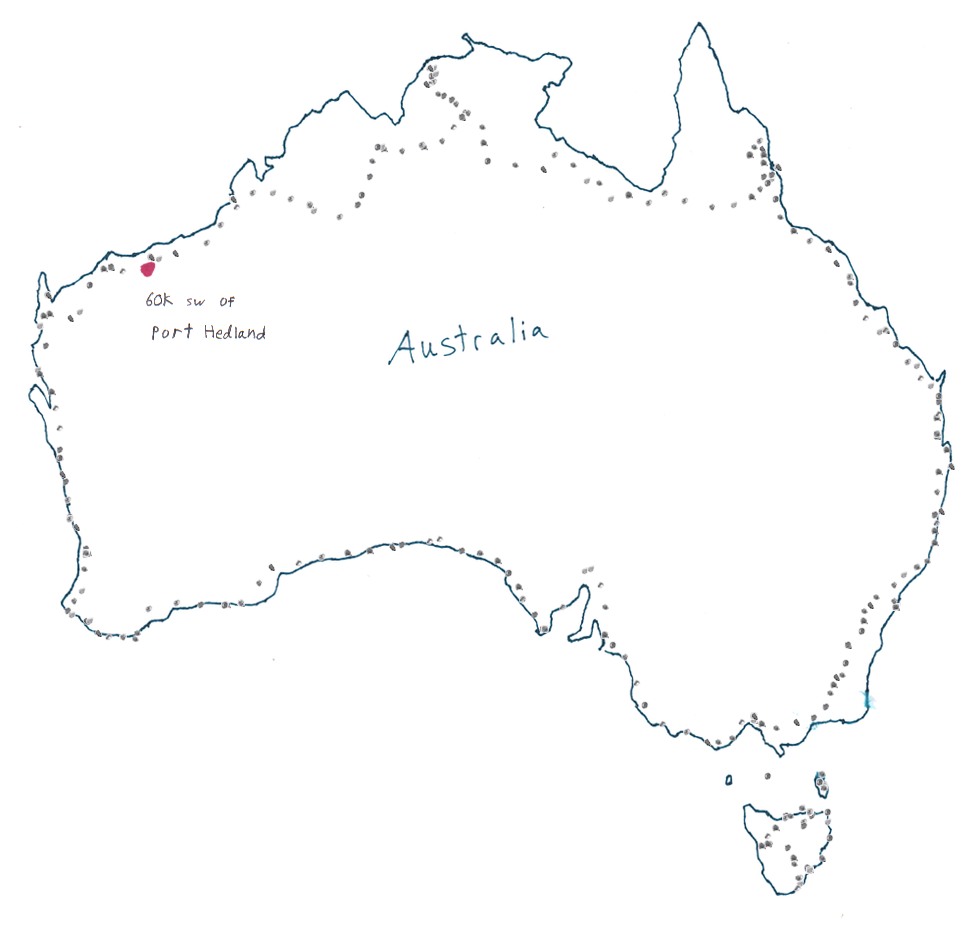 I'm sitting here in a rest area listening to a car far away playing the Oak Ridge Boys, they just finished with the Best of Queen album.

Farted around the hostel a bit this morning. Had all my crap spread out so it took awhile to get it packed up. The tour bus (the same tour I thought about taking) ended up breaking down and the mechanic had to bring everyone back. Maybe it is good that I didn't choose to go. Didn't look like the tugboat guy was going to come by so I headed out.

On the way out of town I swung by the hostel where Simon was at...he is leaving tomorrow. I made my way out of Port Hedland....although I did have to crash into a curb at 5km/hr since I wasn't paying attention and reading a sign. Did't wipe out though.

About 30k out of town there was an Aboriginal couple pulled off to the side of the road. One yelled at me asking if I had a phone. I didn't but went over to their side of the road anyway and talked. They gave me a beer from the back and told me to lean my bike up against the car and rest. Most interesting part was this conversation between the couple:

I chuckled...they tried their car again and it started. The guy gave me another beer and they drove off. I didn't drink the second beer, the first one was already making me feel poopy. I rode another 25k or so and called it a day at the camping/rest area. Been writing overdue emails for the last three hours, good thing I have 5 laptop batteries again!