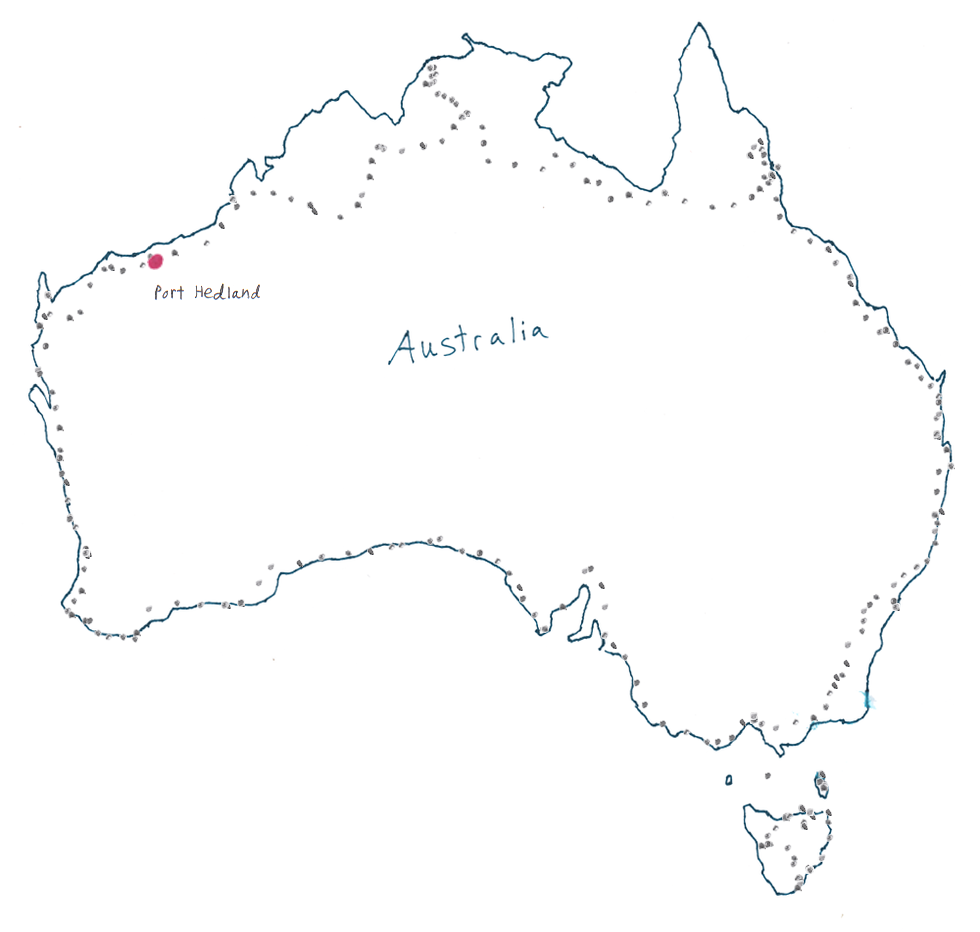 Woke up early this morning, took a couple pictures of the sunrise, then did my usual falling back to sleep ritual.

Got into Port Hedland, was a bit low on water so I drank a 1.5L bottle of Coke in about 10 minutes. Ran into Simon, then we lost each other. I ended up finding this hostel on the beach and staying there. Laundry time. Today is Halloween, but they don't celebrate it down here, bummer.