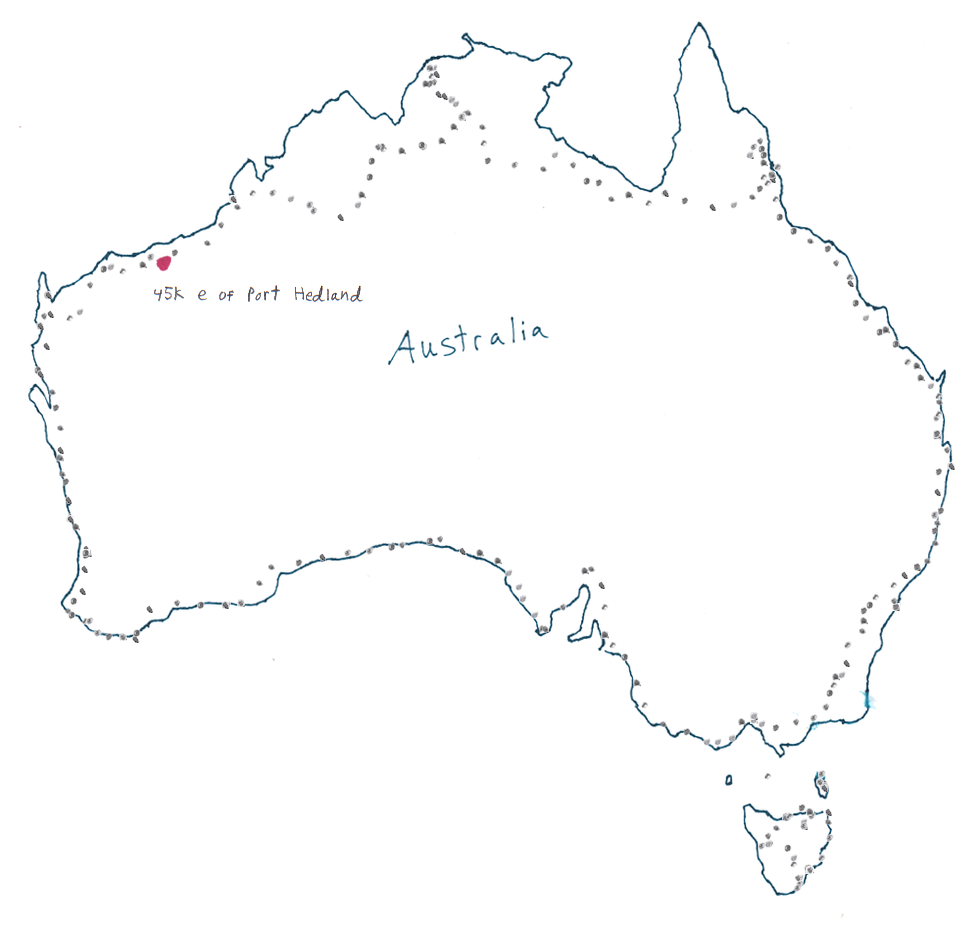 Was a little harder going today since there was a bit of a headwind and I was a bit tired from yesterday's long ride. Woke up late and rode until about 12:30pm. It was getting really hot and somewhat humid. I kept looking for a culvert that was larger in size and didn't have any dead animals nearby. Eventually I found one. Spent about 5 hours in there writing email, reading, eating, and sleeping. At one point I went to do a #2 in view of the road. To go to someplace out of view from the road would have been quite a walk...plus no cars had came by. Just as I was wrapping things up, a car came. I know they saw me pulling my shorts up. So I did the only thing I could do, smile at them and wave really big.

Got going around sunset. Stopped at the railroad crossing to take a break and maybe get a nighttime photo of the train going by. The train did come by just as I was leaving. I was quite tired and made it another 10k or so before falling asleep and camping in the bush.