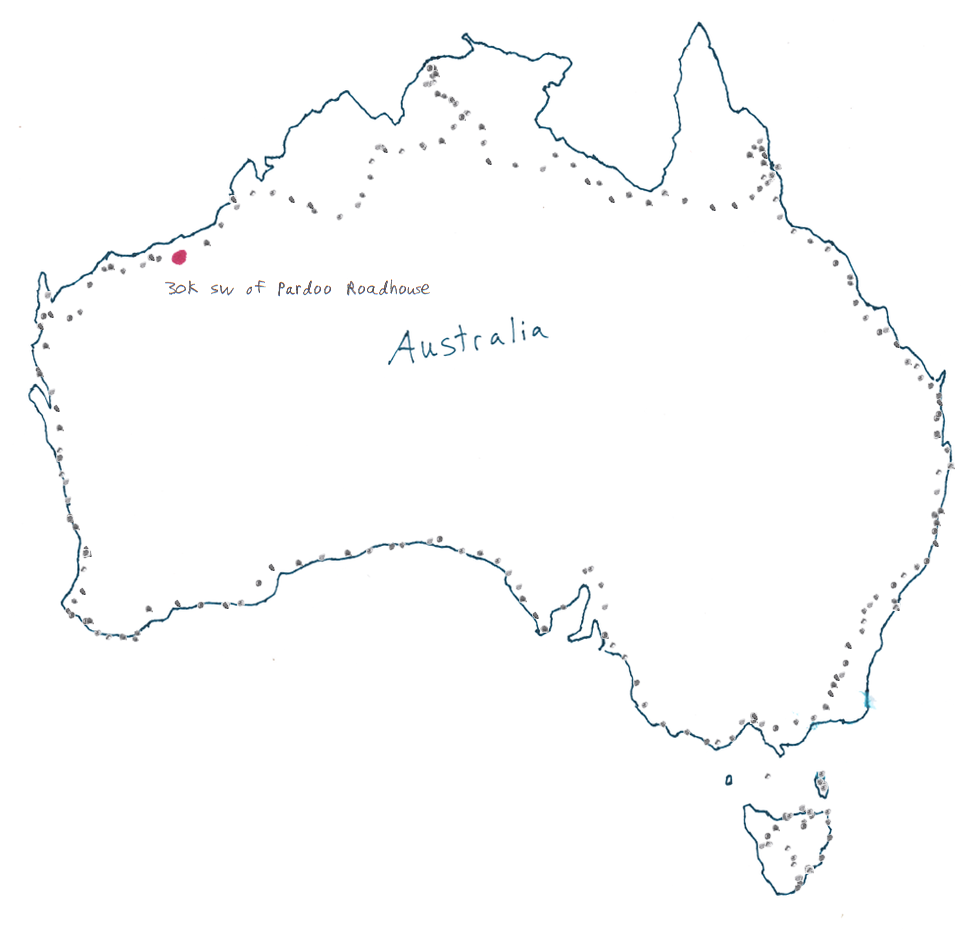 Today was good, got up and going early. Had a really fast ride for most of the day. Even had 100k in before lunch.

Stopped about 45k after sandfire to have breakfast by the side of the road at the 80 mile beach turnoff. A busload of tourists pulled out onto the road...they were all staring at me. All of the sudden the bus lurched to a stop, backed up, and went rocketing back down the dirt road it had just came. Maybe they forgot someone.

Stopped in a nice culvert for an hour and wrote email. Couldn't get Ozzy Osbourne's "Crazy Train" out of my head so I started singing it outloud. A German couple stopped. The woman asked if I would like a Coke in a very pronouced accent. She said I couldn't have a beer since it was too hot and I was riding.

Got to the Pardoo Roadhouse in the early evening. Ended up eating two burgers and spending some time writing. Simon pulled up at night. We rode for awhile together and he eventually stopped and camped. I kept going for another 15k or so and parked off in the bush. As I was eating dinner I saw something move by my feet, it was a 5-inch long centipede. Then after that I saw a big spider near me. I have an American Quarter with me, so if I could just find a flea, scorpion, and mushrooms I could have all the elements for a live version of the Centipede video game!