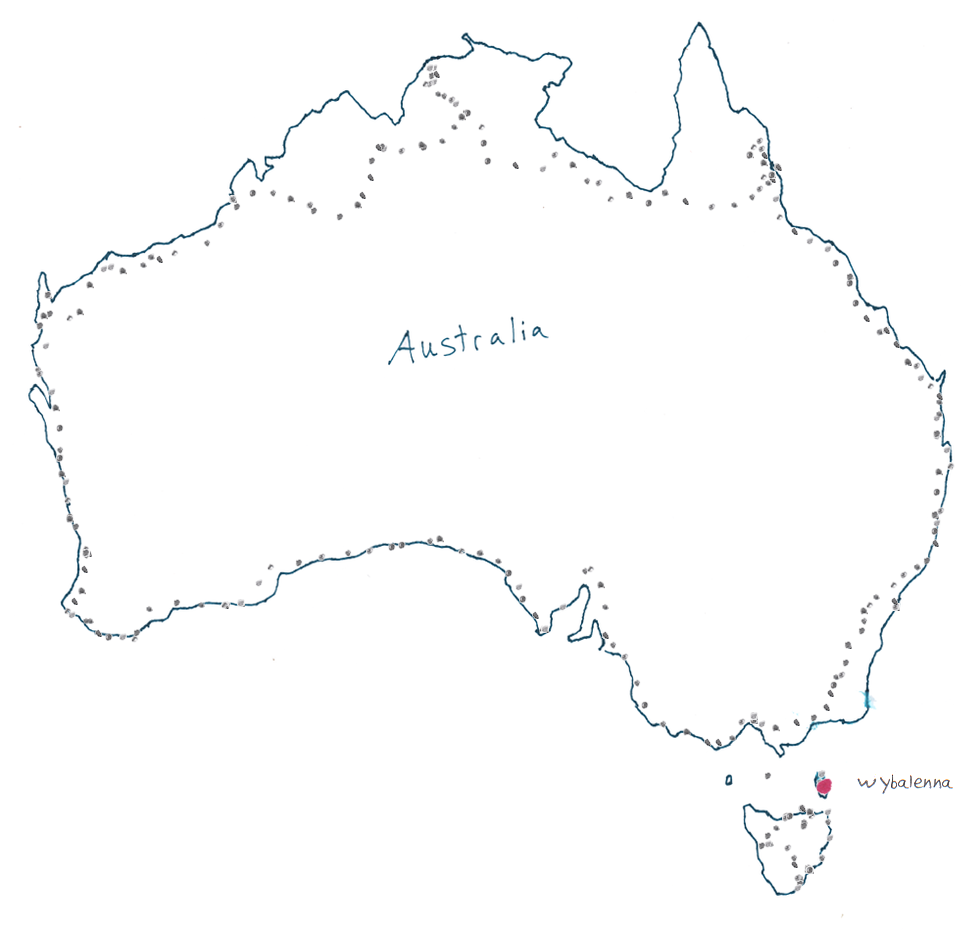 Today I biked to the geographic confluence of 40S 148E. Talked spent an hour or so having coffee and talking with John who owned the farm where the confluence was.

Biked on over to the west coast and camped.