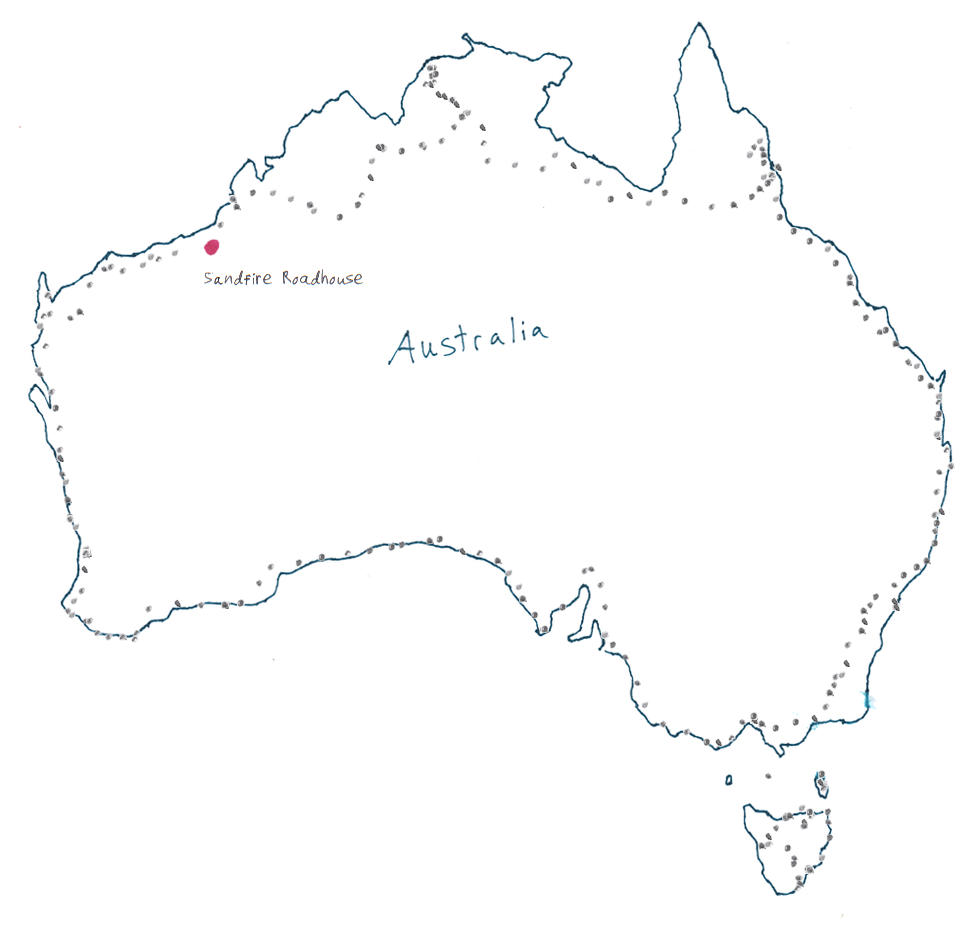 Got up and going kinda earlier. Broke three spokes on my rear wheel within an hour, argh. Stopped to fix them at the Anna Plains turnoff. I got a couple guys from the hostel to stash water here and Grubby stashed it also. (he is riding in a car to Exmouth). It was a really hot and humid ride to the Roadhouse. A car passed me and a guy leaned out and gave a big wave...that is always nice. I wanted to get there so stopping in the middle of the day 10k from the roadhouse didn't sound to appealing. It was really hot and one of the few times on this trip where it started to get a little unnerving. I talked to Maree awhile back and she said if I saw an owl that would be her. Right in the hot toily part of the day, I saw a dead owl off in the gutter, making the hot ride feel like a bad omen.

Made it to the Roadhouse though. Called and got a new rear wheel ordered. Ended up spending the rest of the day and night at the roadhouse.