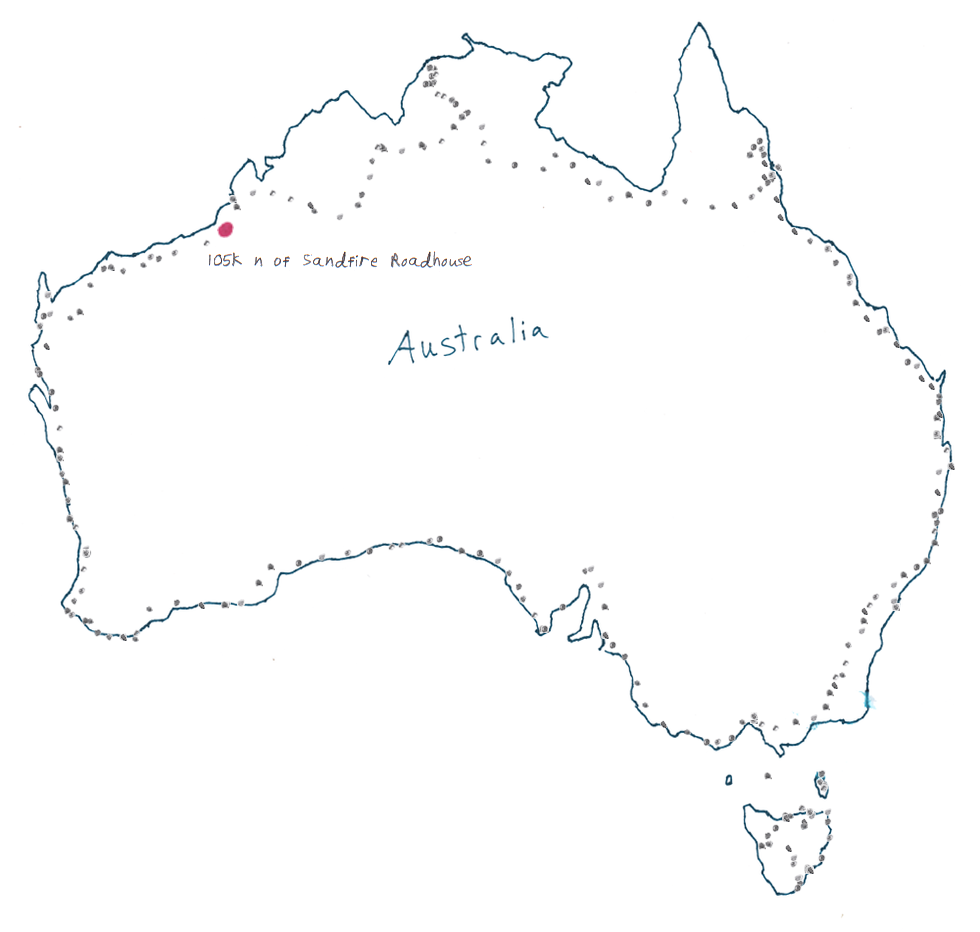 Got going and road throughout the morning. Sleep schedule is still a bit off. Spent most of the day in a culvert sleeping and reading. It was quite plesant actually. Right as I left Simon pulled up. We both ended up camping at the rest area 40k further on down the road. I was going to keep going, but after "resting my eyes" a bit, I fell asleep and stayed that way for the rest of the night.