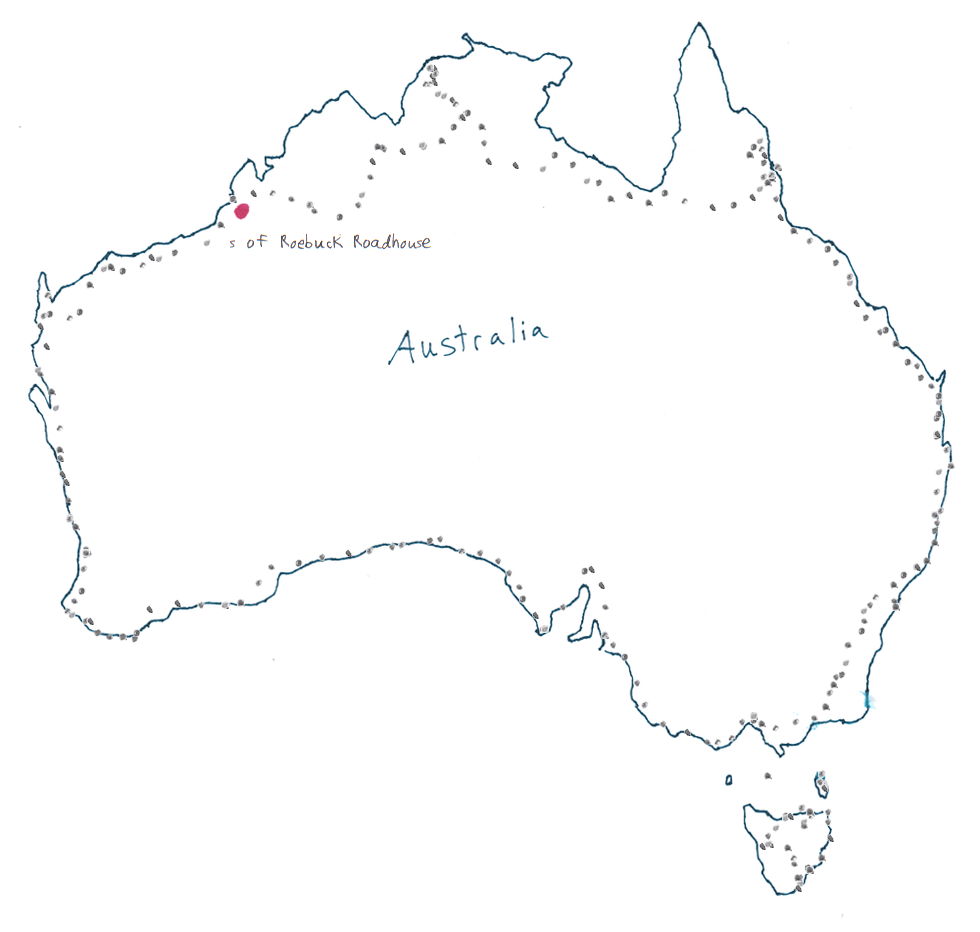 This is a continuation of yesterday actually, stayed up all night riding. As we were getting ready to leave, there was this Aboriginal husband and wife fighting at the hostel...it was a pretty messed up scene to say the least. Eventually Simon and I headed out around 1am. Simon stopped somewhere along the line and I kept riding. Stopped at a culvert around 10am. Slept in the culvert but people kept stopping and waking me up to see if I was alright. I eventually grabbed my bike and laid it down so it couldn't be seen from the road...that seemed to solve the problem. Got going again later that night. Took me about 1.5 hours to get going...got the bike all loaded again and noticed my rear tire was flat. Fixed it, then took a bunch of crazy long exposured pictures. As I was riding though the night, a car passed me with a dog leaning out the window against the moonlight, it looked pretty cool.