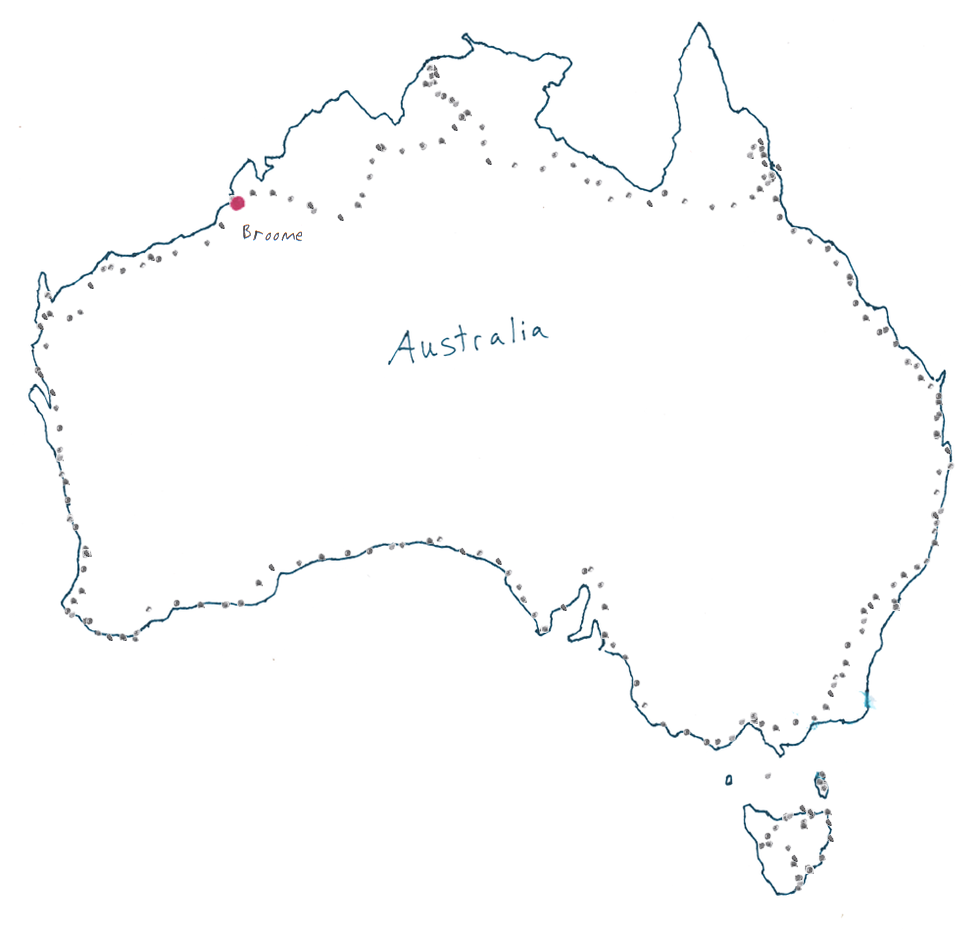 got ready to leave the hostel, took forever to get stuff packed after taking so much time off. Simon and I went and saw "Rabbit Proof Fence" at the outdoor theater, then headed out onto the road about 1am. RPF was pretty good, deals with the whole "Stolen Generations" issue down here in Australia. This is where the governement (all the way up to the early 70's) took half-breed Aboriginal kids from their parents since they felt they would be better off. The movie is a true story based on three girls aged 8-14 who follow the rabbit proof fence 1200 miles back to their home. It's a pretty depressing movie but really worth watching.