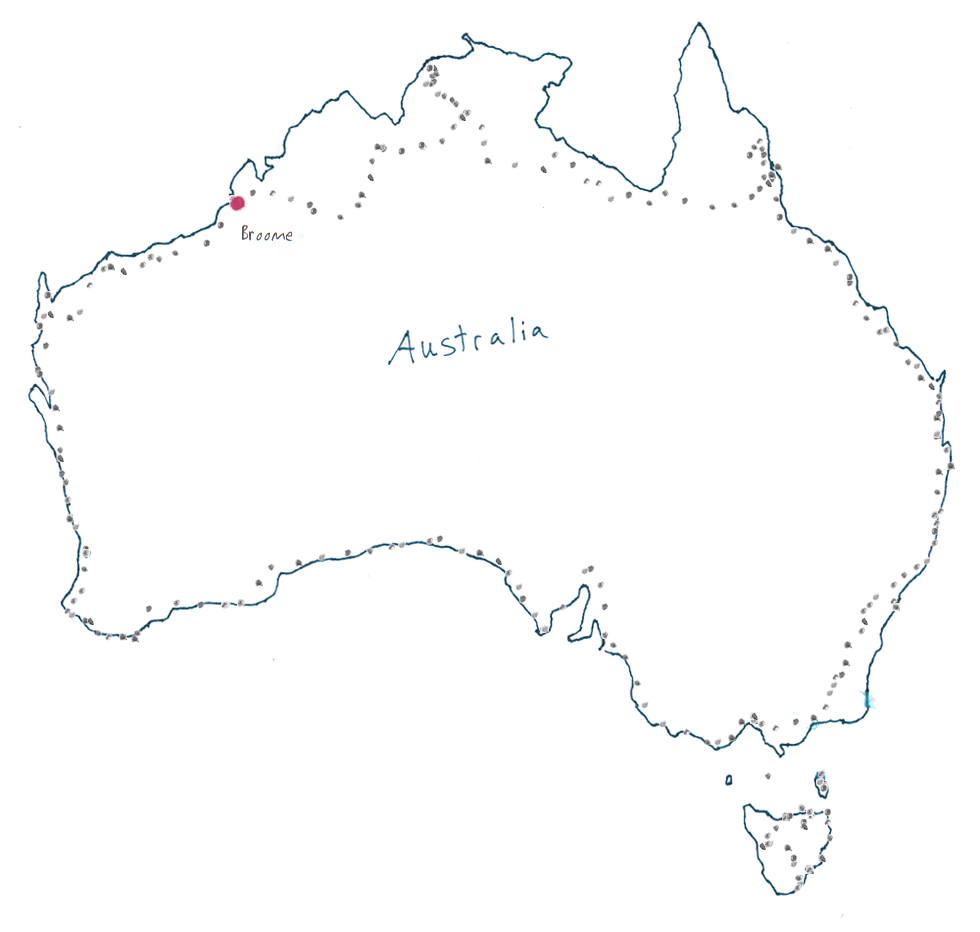 code, eat, talk to people. I still can't get over how Broome's airport has it's flightpath right in line with downtown Broome. Planes come screaming in right above the city and land a minute later...sheesh.