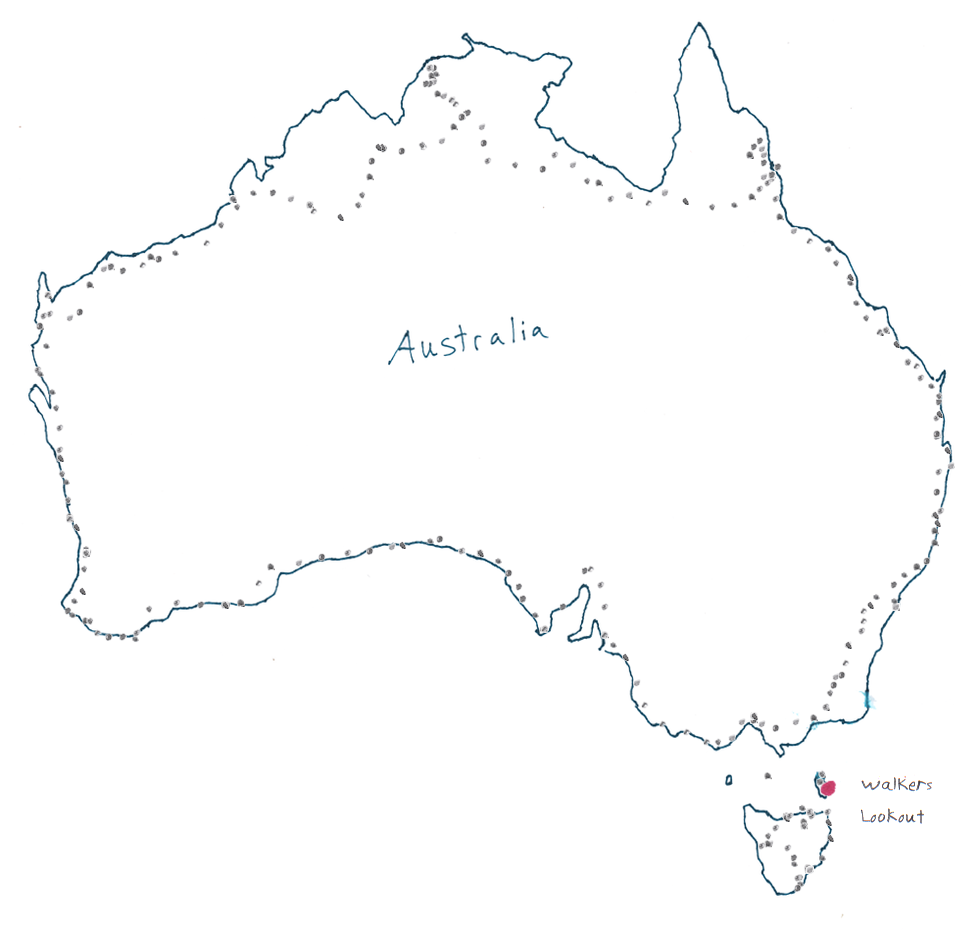 The boat got into Lady Baron on Flinders Island around 5:30 in the morning. The mutton birds were confused by the spotlights and kept ramming into the boat. One of the guys said to keep you guard up since the birds will fly straight into your face. They had to have the spolights on so a guy could stand on the bow and guide the ship through the shallow channel. Poor guy, he would be trying to guide the ship as these mutton birds kept dive bombing him. About once a mintute you'd her a "THUMP" on the boat and then a splash. Every once in awhile someone would yell "incoming!" and we'd all duck and the bird would fly right above us.

Lost my camera and found it again, but that is a whole other story I'll have to detail later.