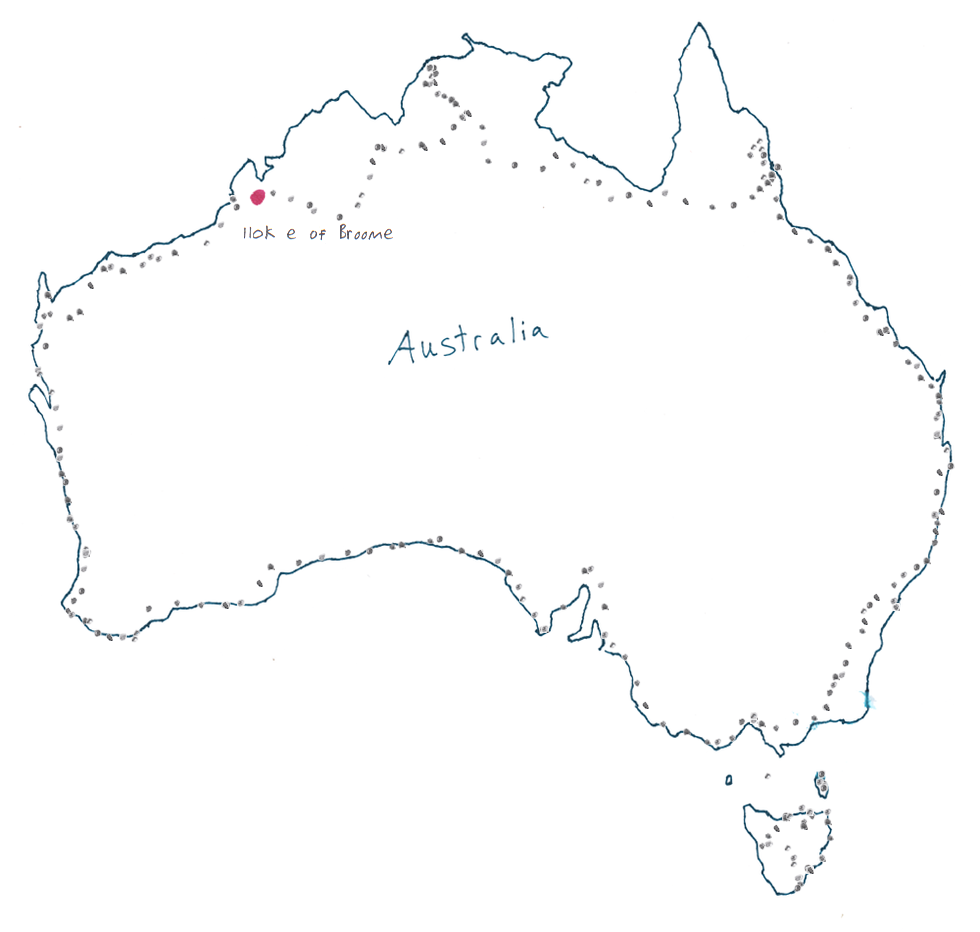 Had a pretty easy ride to the Willare Bridge Roadhouse. We spent most of the day there piddling about, eating food, taking showers and such. I was working on this website on my pc and Grubby was doing some stuff on his pocket PC. Simon walked back to our table and said "oh, I got some new email!" A table of girls sitting next to us laughed. Oh well, can't be cool all the time. Talked to a few people and got ready to go. I had to get some clock pictures in front of this big sign of a policeman holding a radar gun.

We left around 4:00pm and figured we'd be doing some night riding otherwise we might not get to Broome the next day. Grubby and Simon hadn't ridden at night before but I told them it wasn't that big of a deal.

After about 20k of riding in the dark we pulled over to stretch and whatnot. All of the sudden there was this low droning noisy in the air. Looking back at the road I saw these blinking hazard lights coming towards us. We got out of the way and this car drove by us with no front tire. The pavement vibrated as they went past us...knocking over every single reflector post along the way. "Um, I can assure you that doesn't happen normally when you ride at night", I told Grubby and Simon. We rode on further and after getting around the corner we saw the car off the side of the road stuck in a ditch. We didn't really know what to make of the situation, was it a stolen car with some murderer in it? After we got closer we hear this two voices say "hey!" Turns out it was these two sk8 dudes about 18 years old. They were doing some work on a cattle station down the road. They had blown a tire and were trying to drive the 10k back to the station. The car had gone off the road and jumped when it hit a ditch. I took some pictures. They asked us to stop in at the houses about 10k down the road and say that "Bucko and Mushy fucked their car and need a ride". We kinda laughed at the whole situation and got moving.

Right before we got to the houses a car drove by and slowed down. Bucko and Mushy had gotten a ride so we didn't need to stop at the house.

After we hit the 100k mark we pulled over and camped in a gravel yard.