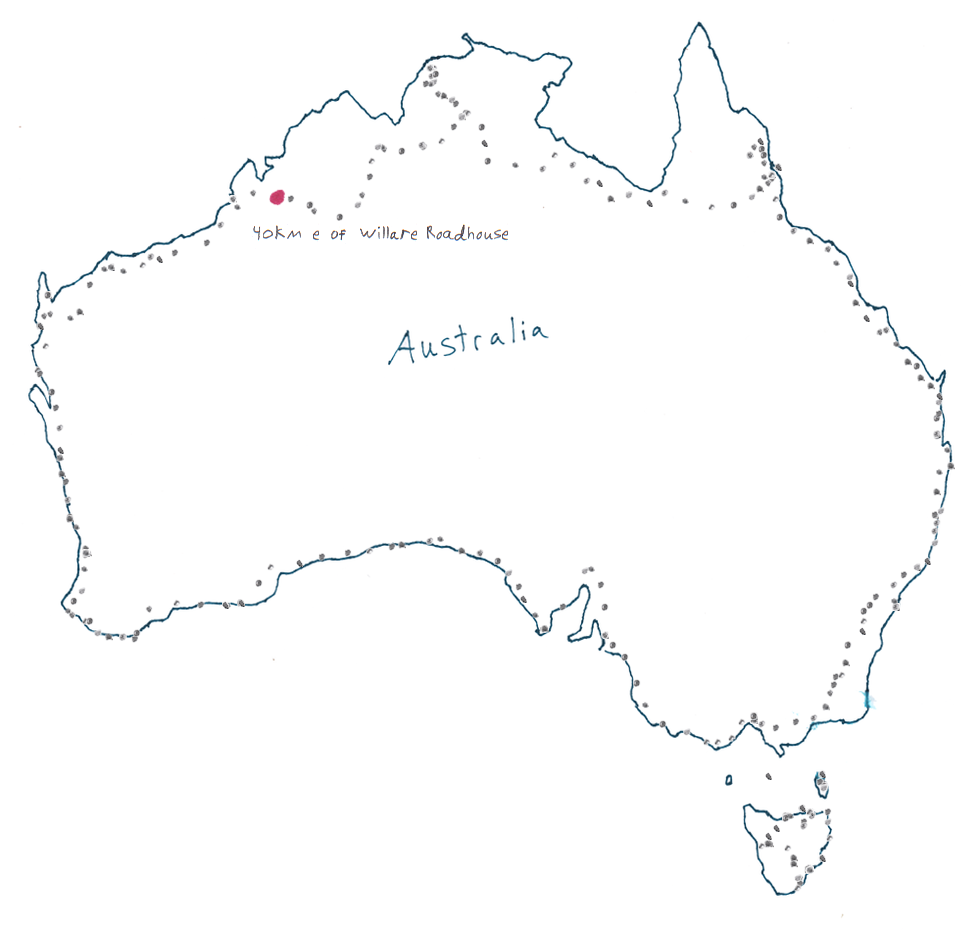 Rolled on throughout the morning, pretty uneventful overall. I broke a couple spokes after about 40k...great, another project for our midday break. We reached a rest area after about 20k. The rest area had this giant Boab tree there. It was hollow in the center and you could go in...although you wouldn't want to since it smelled like a bunch of jerks had peed in there.

I tore my bike apart and fixed the spokes. Although we spent a few hours there it wasn't too relaxing. There were zillions of these little honey bees everywhere. Zillions!

We pushed off in the late afternoon. It was still about 110F out on the road. Pretty soon the road turned and we were in a headwind which made for really slow going. Road for a couple hours and then pulled into some road maintence gravel stockpile yard and camped there. Tomorrow morning we'll be at the Willare Roadhouse...more junk food!