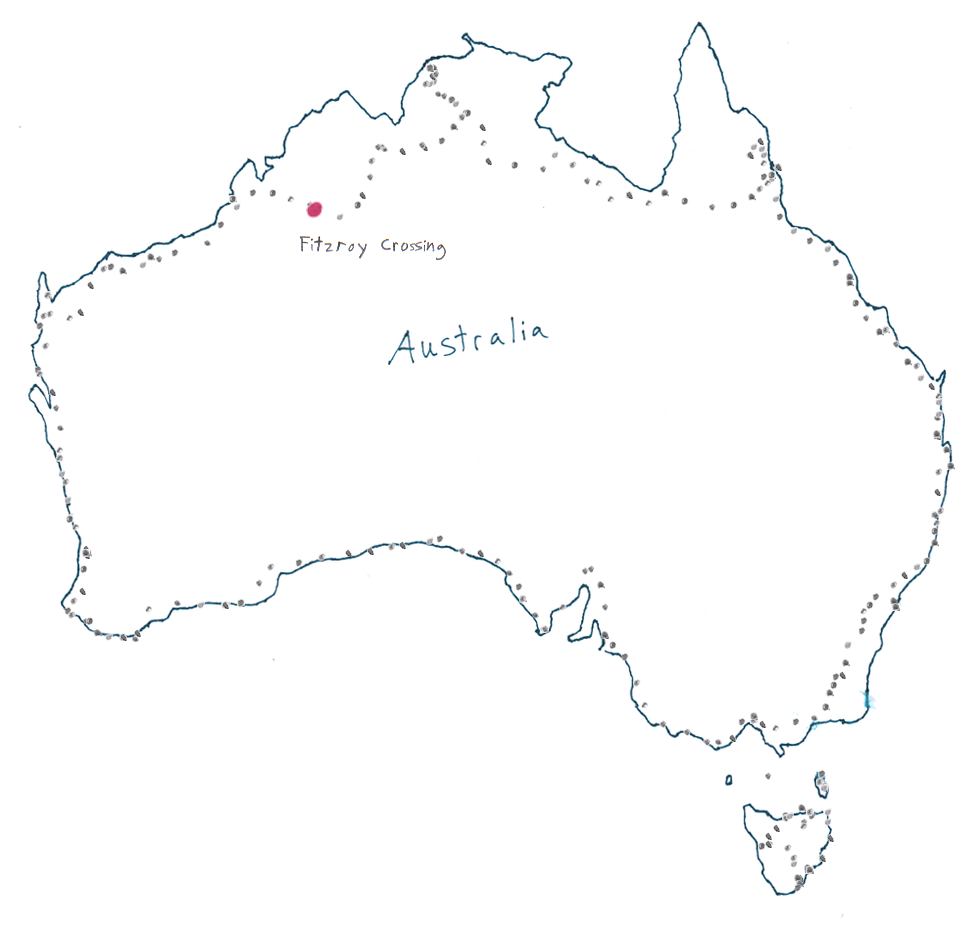 Had a relaxing morning and went to the store. Went to the footy oval and watched footy for most of the afternoon. As we were leaving, a bunch of tourists were slowly doing "drive bys." This is where they hear about a festival going on, so they go check it out and see nothing but Aboriginals around...so they keep driving. It was pretty funny to watch.

Made up a bunch of food and couldn't really move after that. We did make it to the festival again. It was a lot quieter than last night. One band couldn't play because they had been drinking. A woman came up on the stage and was pretty bent out of shape about the ordeal. They were doing breathalyzer tests on the bands before they could play.

One of the bands that played last night was playing again tonight. They did their "Summer of 69" cover again. Then a few bands laster another band is playing and the second song they play is...."Summer of 69". Yes I got to hear that song twice in one night. (Bryan Adams was 12 in 1969 in case you were wondering)