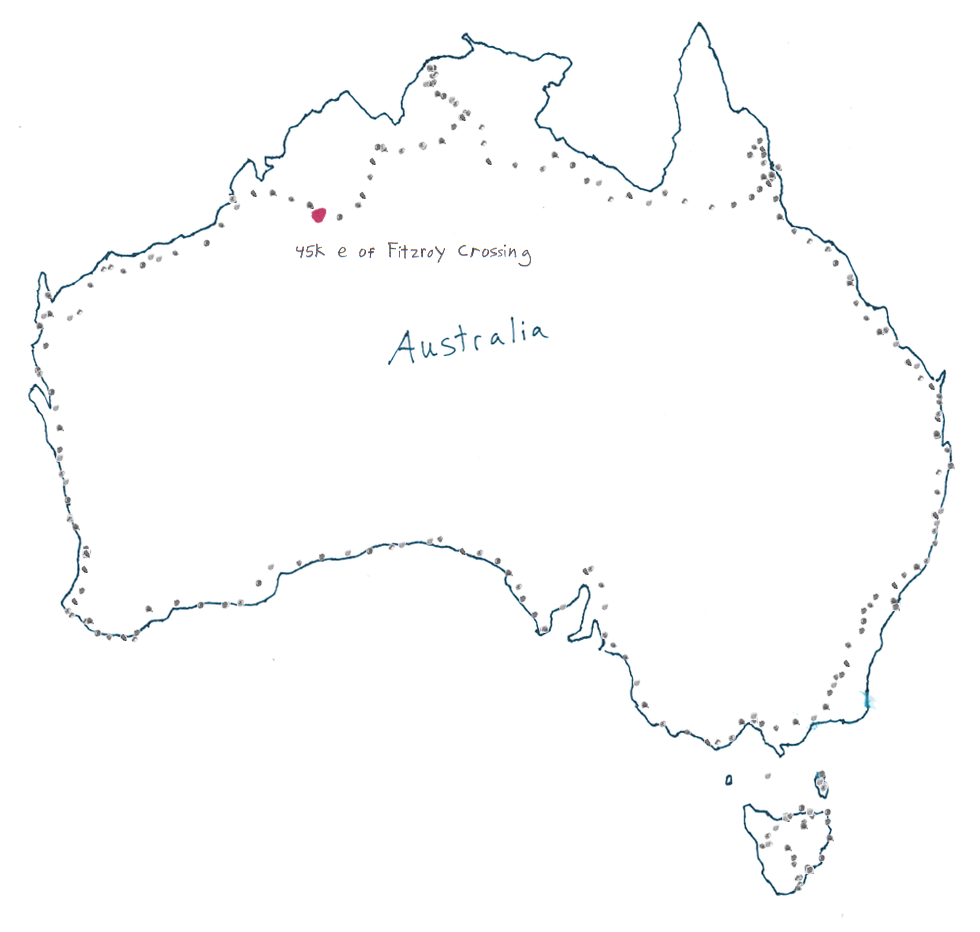 What a long day today was. We had a pretty strong tailwind and had 85k in by lunchtime. The people Grub had dropping off his water 80k down the road also left us apples, cool. Spent about 90 minutes resting at the picnic area near the Ngumban Cliffs. We kept looking for the picture of the cliff that is in the "Cycling Northern Australia" book but never coold seem to find it. Bummer, only been looking at that picture for the past year. Ran into a cop and his wife there. They flagged us down after we left, I'd forgotten one of my spare tires at the rest area.

Day was pretty uneventful overall other than the fact that we rode a long way. We were originally thinking about pushing it all the way into Fitzroy Crossing but pooped out pretty before that. Still got in nearly 150k.