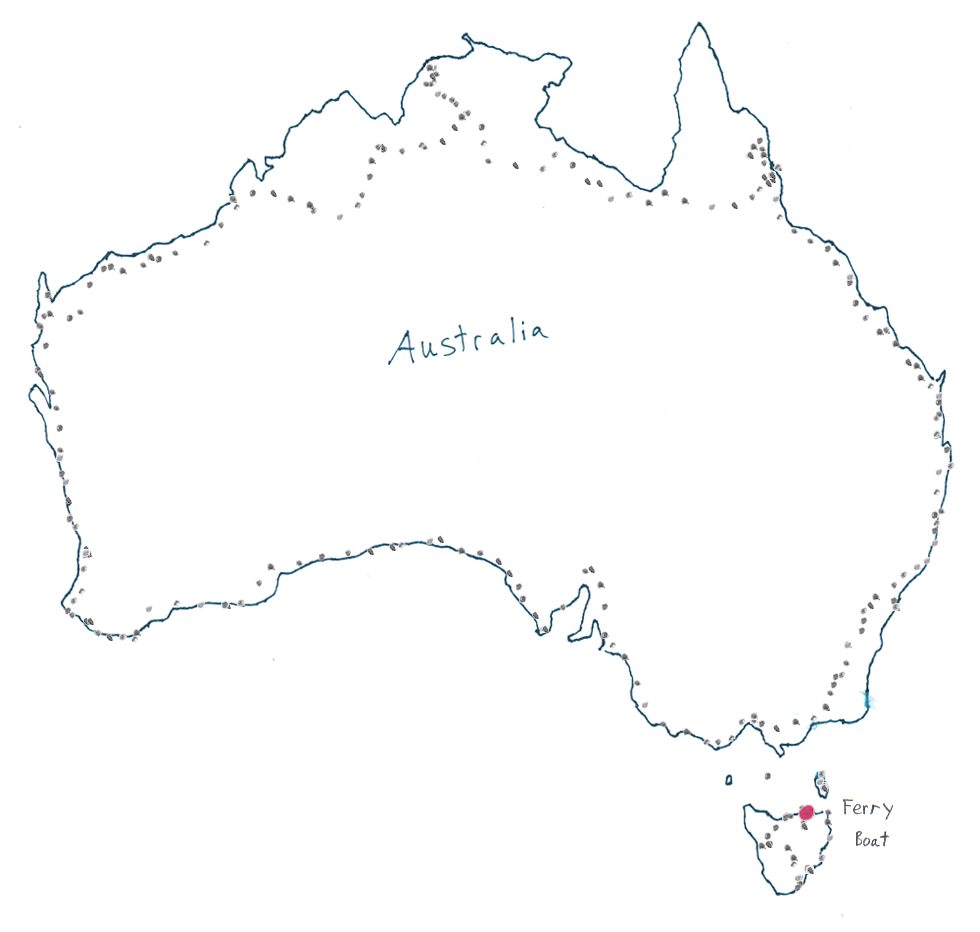 I had to spell it "tu" since if I put in "to" the code that runs this site determines that it was a "riding" day for the statistics and I didn't ride my bike this day. Anyway...

It was a nice ferry ride. Very un-touristy. Had a good time sitting on the bow of the boat looking at everything. Went to Georgetown to pick up something like 80,000 gallons of fuel...so the boat smelled a bit on the way to Flinders.

Met this guy Wayne (hi Wayne!) on the boat. He was moving the last load of stuff to Flinders Island. He invited me to stay at his place.

Fell asleep on the bench down in the "passengers quarters"