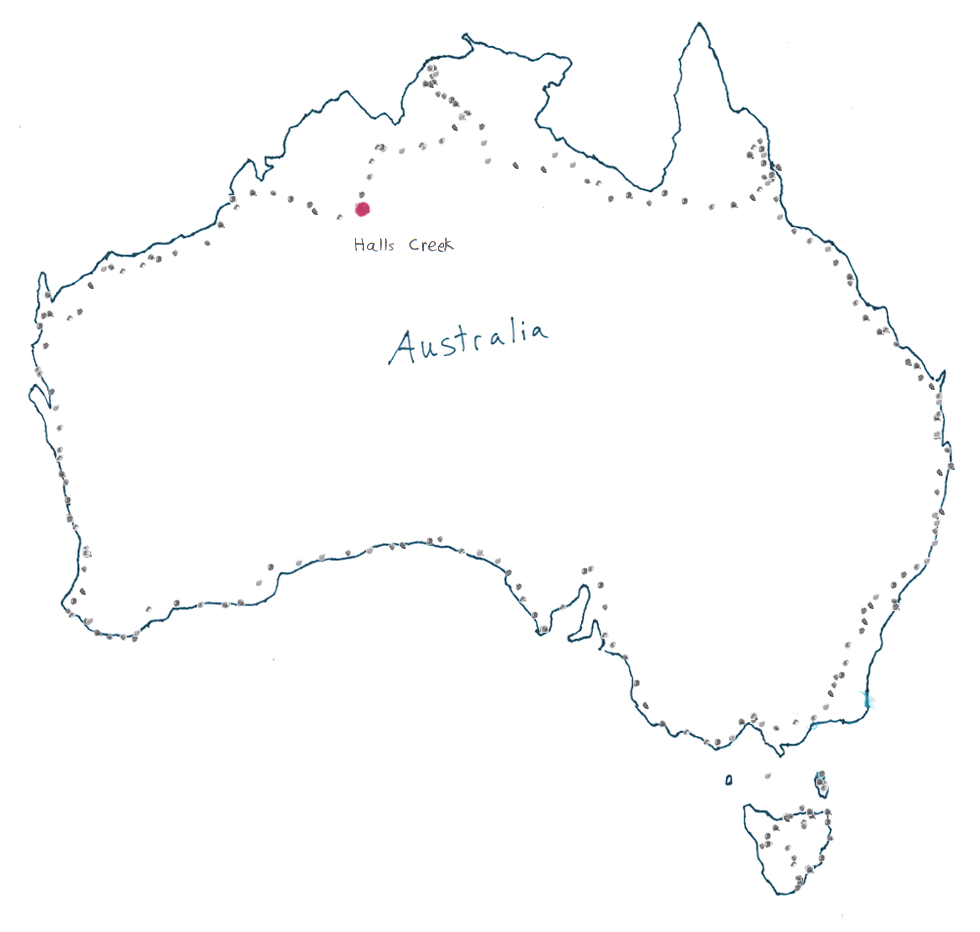 Spent the day doing a whole lot of nothing for the most part. Did internet for a couple hours, but had to stop because the Aboriginal kids were camping out on Eminem's website and downloading all these tunes, so I couldn't really get anythig done since the net was clogged. Only place I could plug the laptop into the power was in the laundry room, so I did a lot of email writing and travel site coding rom the floor.

It looked to be a fairly quiet day and night. Grubby and I went to start dinner and a guy stumbles over to our camp with a half case of beer. He starts talking to us, he can't seem to find someone here. He tells us to grab a beer and drink with him. Grubby and I eneded up having about four beers each. The guy talked and talked and cussed and cussed. He was pretty drunk so his conversation discussed issues as Aboriginals who don't work, mining, girls over-use of vibrators, Iraq, bull riding, and a zillion other things. He left awhile later, Grubby and I pausing to reflect on what just happened.