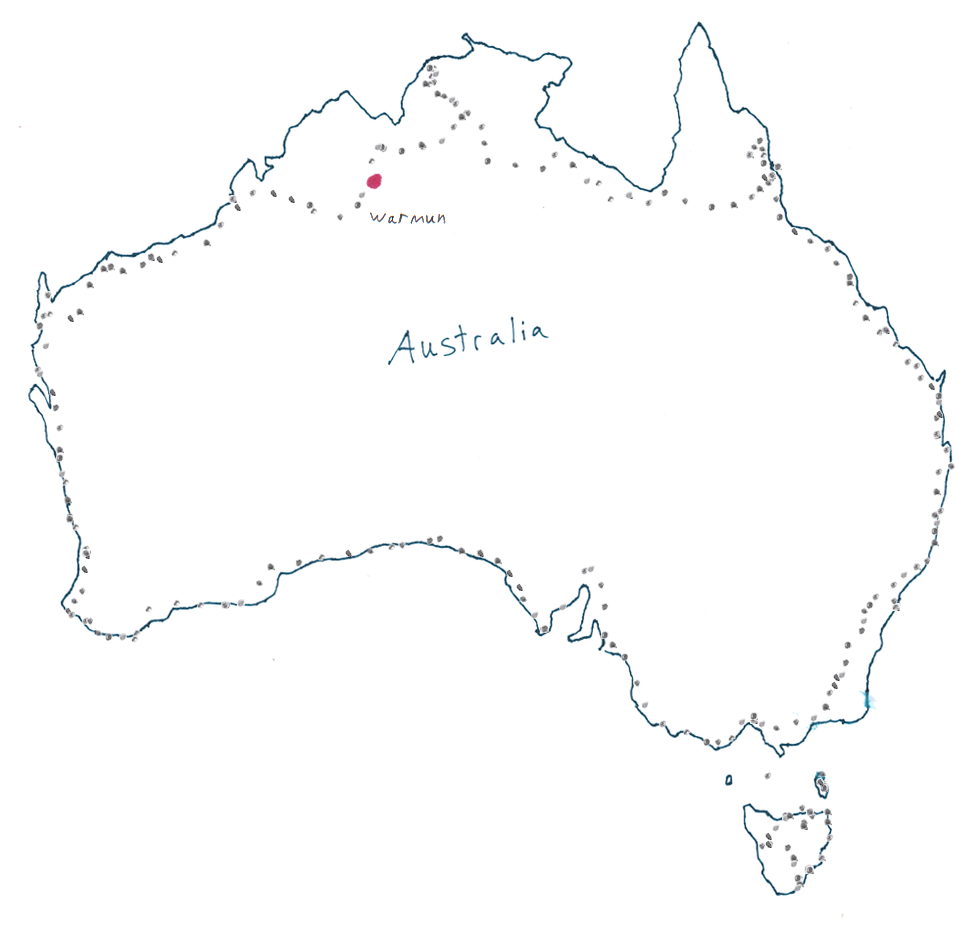 Our early departure ended up being the usual normal sun-is-halfway-up-and-we-should-have-gotten-our-butts-moving-an-hour-ago departure. It was a nice ride though the rolling hills of the Kimberlys. Grubby pointed out how flat the road was for how many hills are in the area. At about 70k we stopped at the Ord River crossing and ate lunch under the bridge. We kept moving though the hottest part of the day thinking that a cold beer would be good. We reached the Turkey Creek roadhouse around 2pm...only to discover it is a dry area and no beer...so we bought root beer instead. Ended up staying at the roadhouse for the night. Grubby bought some bread that was getting close to its sell-by date. He said he picked it over the loaf that was a month past its date. I thought a newspaper sounded good so I bought one. After reading it for awhile it seemed a little dated. Turns out the overpriced newspaper (double the cover price) was aweek old! What a gip! Reamed!

A dog at Doon Doon roadhouse and some more road trains. Met a guy named Grubby and we ended up being friends until this day. There is also an Ani Difranco bit in there too...and more passing road trains.
October 4th, 2002
93.5km
58.0mi