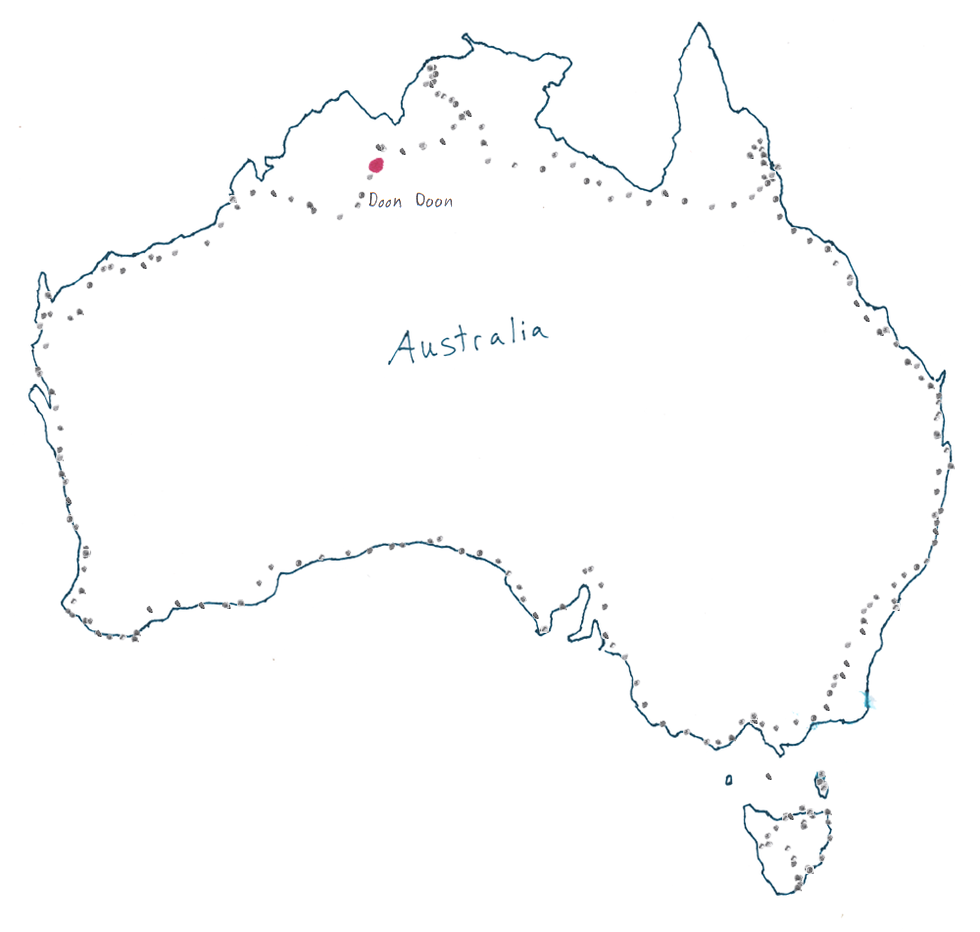 Welp, didn't get up early, same old time as usual. Actually woke up right before my alarm at 3:30am, but through some logic convinced myself to go back to sleep. Biked about 10k up the road and realized I had forgotten my camelback at the camp. Argh...going to be a long morning.

At the road junction now, still really want to bike on the dirt road, but it really would't be a good idea, don't have the tires for it and I'd have to mail some of this excess weight round. Plus it is 100F right now outside though it feels like 90.

Met this guy named Grubby at the rest area. He had met Simon a few days earlier. We talked awhile and he headed down the road. I met back up with him at the next rest area. My thermometer showed it was 115F but it didn't seem that hot, can't really tell anymore. We headed out in the late afternoon. A couple hours later we reached the brand new roadhouse at Doon Doon. There was a combie bus with three people in it, I ended up getting clock pics with them. Grubby and I camped behind the roadhouse...spent half the night trading geek stories. I tried telling him my favorite jokes, but he knew them all....Simon had told all my jokes to him a couple days earlier, bugger.