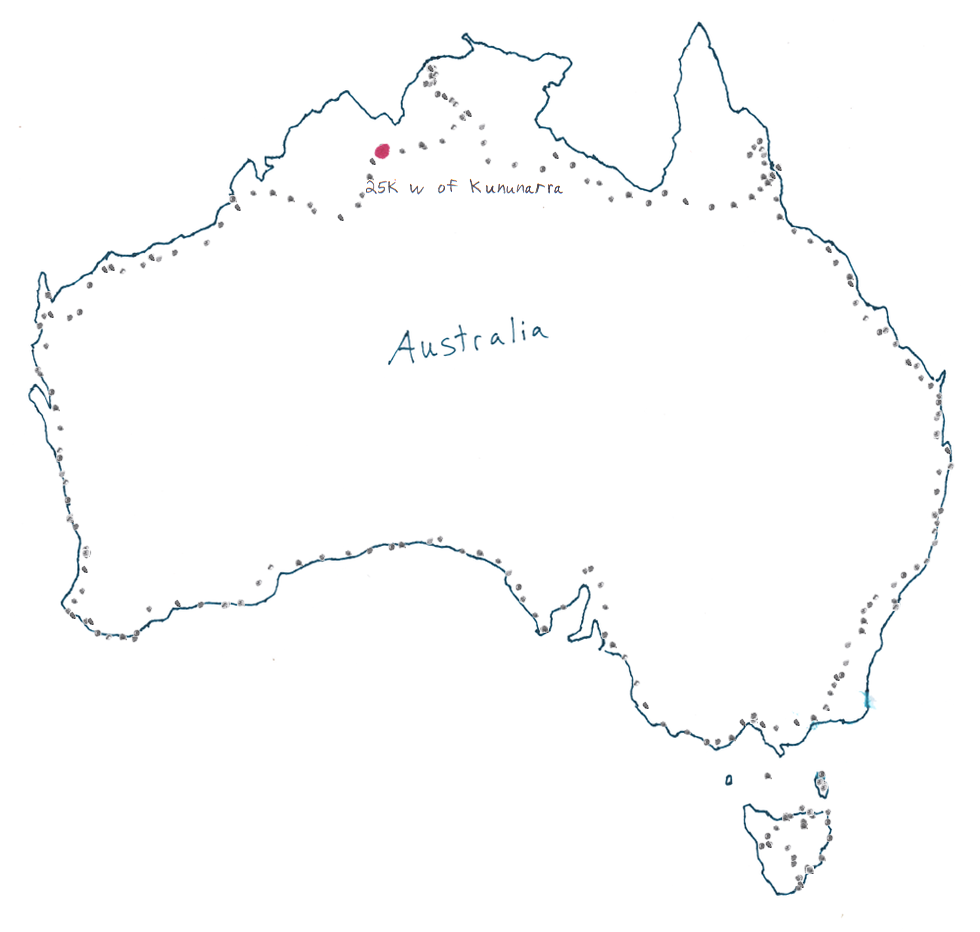 Doddled around Kunuarra all day, mostly getting this website up to date and making another food run. Mailed off the update and did some internet. By the time I got back to the hostel the sun was getting ready to set, needless to say it had cooled down enough to ride.

Pulled out of town and rode for a couple hours in the night. Wasn't paying attention and went off the road and on the gravel. When I left the road my rear tire hit kinda hard and after pedalling for a little while I realized my rear tire went flat. Therefore it was also time to make camp. Went about fixing the tires and discovered that the two big 40c tires I bought in Darwin were crap! I barely had 25k on one and it was falling apart. This took awhile to deal with. I had been debating about whether or not to pedal the 700k dirt road though the Kimberlys. With a lack of big tires now, I guess this pretty much made my decision. Part of me still really wants to go thought there since it will mean for a little more adventure... but I don't think the bike would handle it. The road is supposed to be chopped up pretty bad this time of year. Spent the next 20 minutes looking for my spoon, thought I left it at the hostel. I've carried that spoon this whole trip and can't lose it now. Found it eventually, yay! Going to bed earlier than normal so I can get going before daylight.