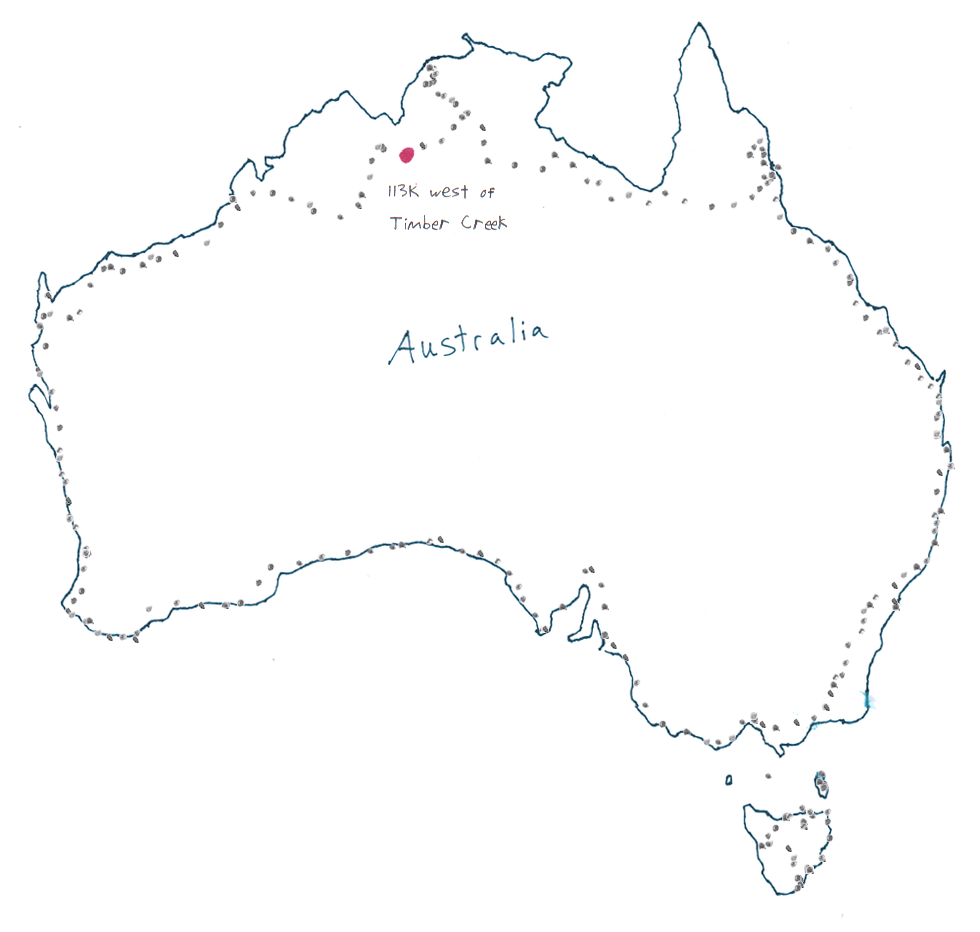 Had coffee with Simon in the morning. Bid goodbye around 10am and I headed out of Timber Creek. About 10k up the road I saw a car with a big yellow kayak on the roof again. Yup, it was Rad again. There were three aboriginal guys with him this time. They needed a ride somewhere up in the territory so he figured he'd give them a ride. We all talked for awhile. One of the Aboriginal guys, Phillip, asked me if I had seen Clint Eastwood or Arnold Schwartzensomething. I said no...just in the movies like them. I said I did see Sylvester Stallone once though and the kinda perked up a little. "Oh, Rambo!". I showed them the clock pictures I drag around with me since they were all taken in the US. I ended up getting a clock photo of everyone standing in the middle of the road.

Road throughout the early afternoon, it was getting a bit hot. Pulled into a arest area and made lunch (noodles, blech). Took a nap and left awhile later. Had a nice but uneventful ride into the night. There is a rest area somewhere ahead, but after 115k I pulled off the road and made camp. There is a nice warm breeze right now. Made dinner consisting of Chinese noodles and a clove of garlic I found at the bottom of my pannier. Today was probably my last full day in the Northern Territory, should be in Western Australia around lunchtime tomorrow.