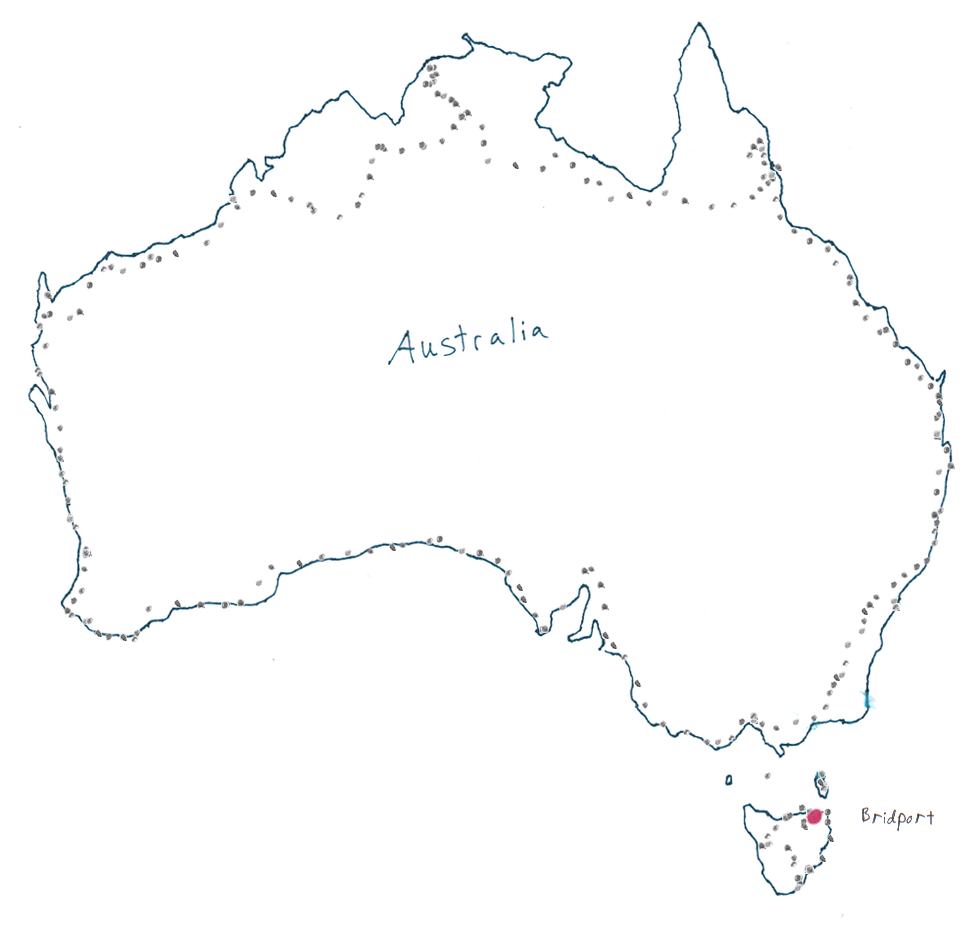 Spent the day in Bridport doing more of the same. In the bay there tons of oysters every morning. There was this Japanese guy and his wife who were staying at the hostel. He would go out every morning and get oysters. He said he ate about 20 per day. Man...his poor wife must get tired of running from him.

Chris at the hostel had gone out also and got oysters and we had them for dinner.