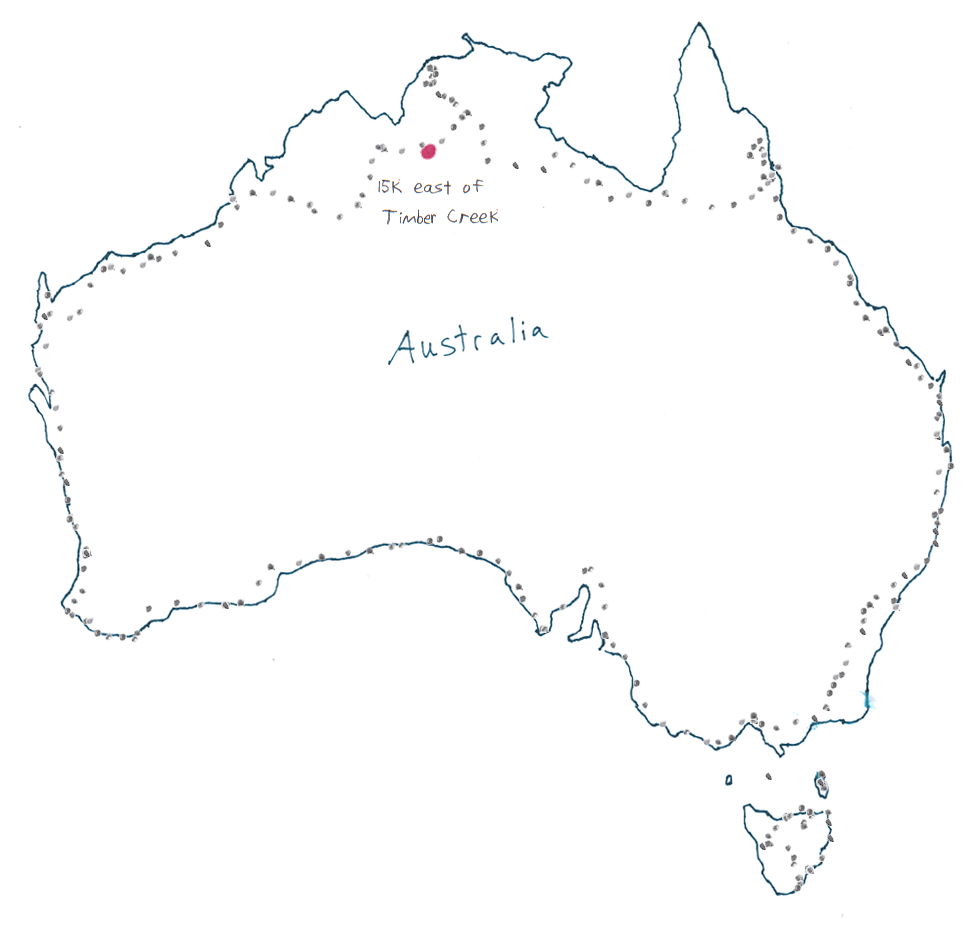 Started to rain early this morning. I was to lazy to get up and put the rainfly on. After thinking really hard trying to make the rain stop...it did. Woke up a couple hours later and there were exactly 12,000,000,000,000,

000,000 flies covering my tent. Decided to just pack up and leave. Took awhile though since I was eating one granola bar for every item I would pack away.

About 20k down the road a van passed me and stopped. It was the guy from yesterday afternoon. He was already about four beers into his morning and it wasn't even 10am. He offered me one but I declined. He told me more stories about girls and stuff. He had all these stories of attractive girls in their 20s falling all over him. The guy ain't Brad Pitt by a long shot, he even describes himself as "ugly as fuck." I thought he might had been putting me on until he went and got some pictures. Most of the photos were of some sort of very attractive girl with their arms wrapped around him, with him looking about 18 sheets to the wind. He's heading west so I'll probably see him up the line.