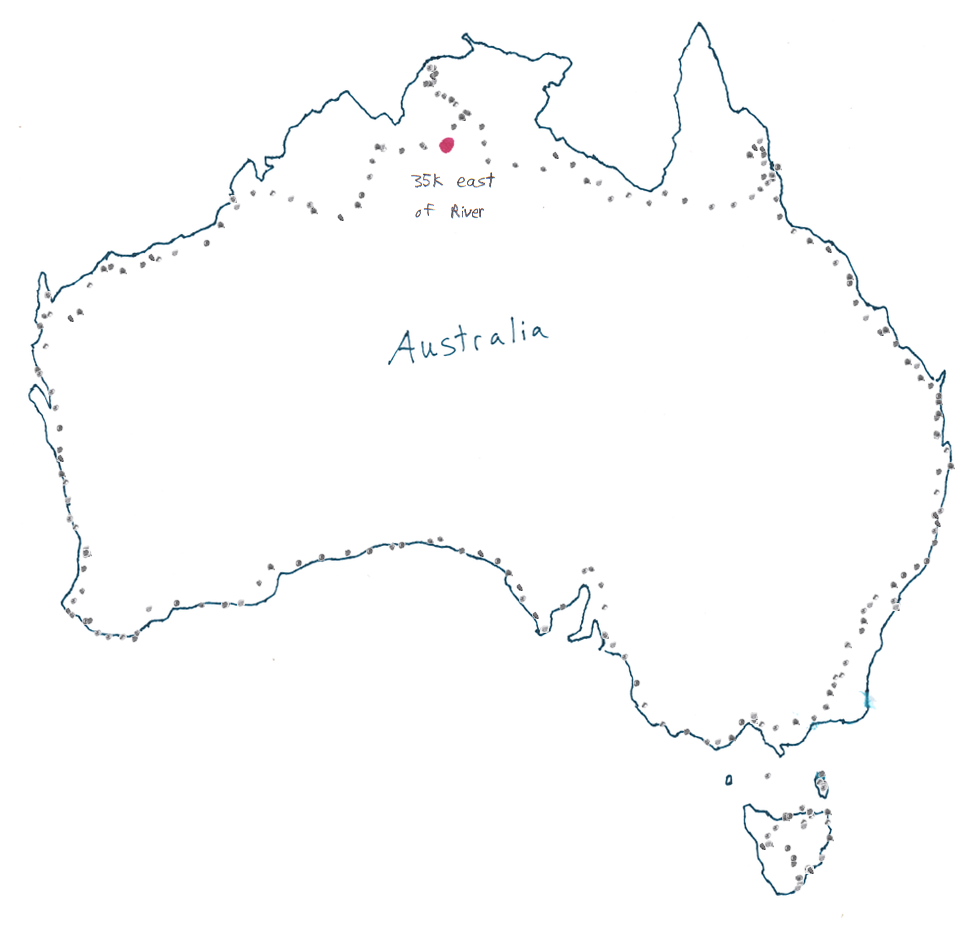 Actually started to rain early this morning about 4am so I had to get up and put the rainfly on, how rude...I was sleeping.

Morning was pretty uneventful overall. My deepest thought was wondering if the people who make Muesli/Granola bars actually have sort of police squad that goes around to places and seeing if stores are individual selling "not wrapped for individual sale" bars.

Stopped at 62mi rest stop. Day was getting hot so I decided to kill some time there, ended up being six hours! Met a couple travelling around, we seem to have a mutal interest in how bad the Northern Territory Newspaper is. Got a clock photo of them too. An older couple parked near me and they later invitied me over for tea. Here the conversations revolved around camping areas and how some you can't park a caravan vehicle at to easily.

Rode on into the night. Came across a Wallaby that had just been hit by a road train a couple minutes before. Stopped around 11pm and made camp, followed by a lavish dinner of noodles with some whack pepper and cheese powder, yum.