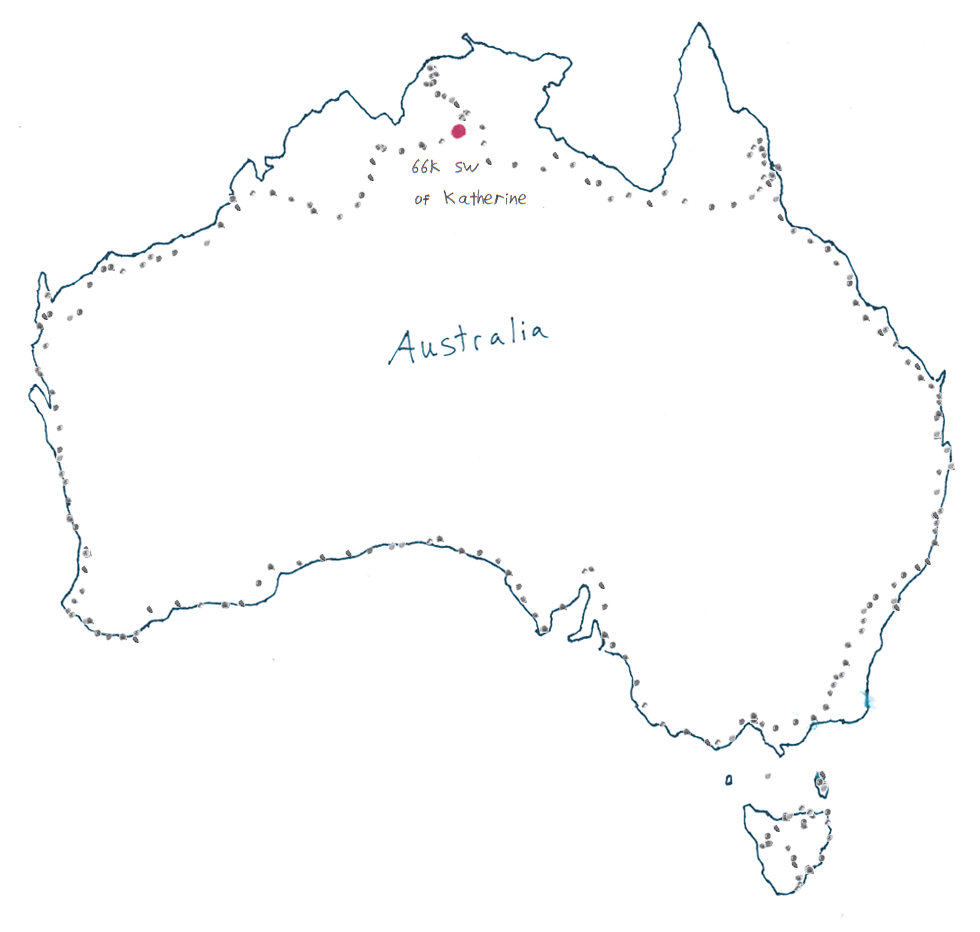 Was up aroud 7:00am. Went to go get more food and catch up on some internet stuff. Ended up doing too much internet and didn't get back to the hostel in time to say goodbye to Jeff (sorry!). Spent the afternoon at the hostel sitting around and tweaking stuff on the bike. Carrying all this extra water sure messes up my little packing system.

Rolled out of Katherine a little after 4:00pm. Rode on into the dark for a few hours, There was lighting off in the distance and it made things a little spooky. It was also a little spooky when a road train was coming because you could see the headlights for a log way off. I'd get off the road and it would come barreling past me, then everything was quiet again like nothing happened. Stopped around 10fr:00pm. Was really tired for some reason so I just put the tent up, crawled in and went to bed.