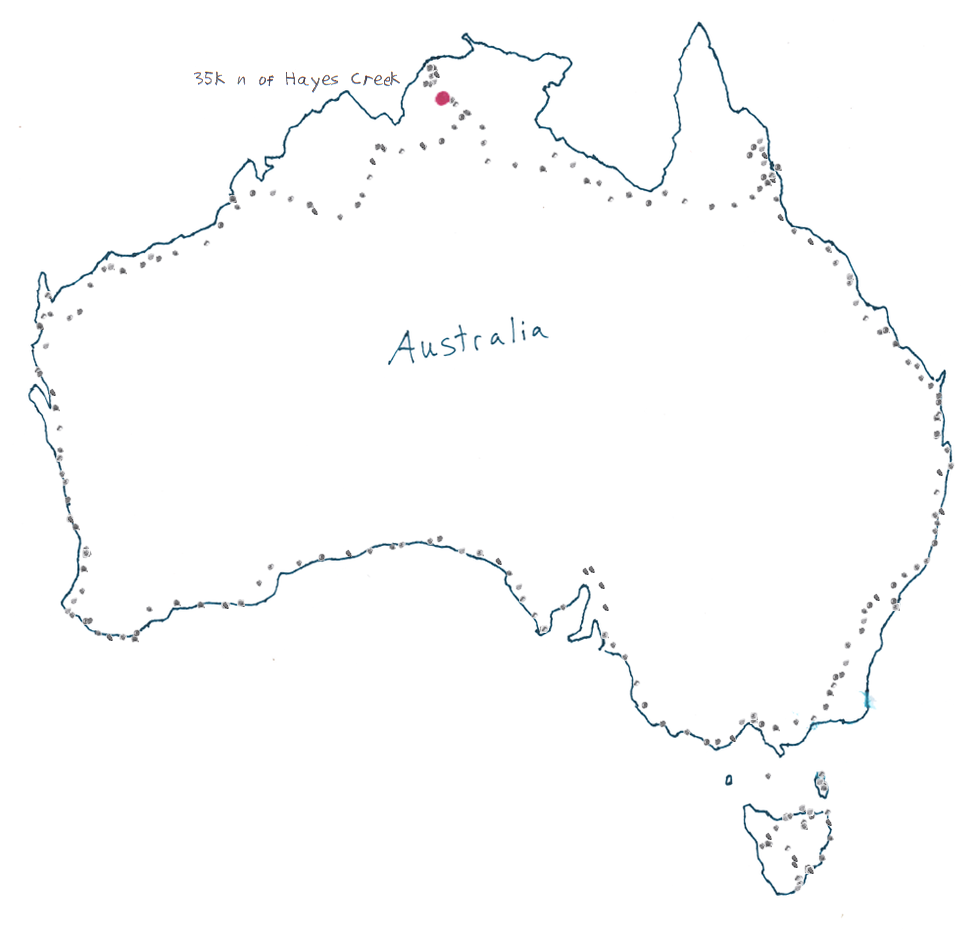 Headed out of Noonamah and on down south. Got to Adelaide River and stocked up on some food. I told the guy at the counter I was stocking up for a couple days. After he handed me back my change he said "That's not going to be enough food for two days..." Hmm, whatever...I guess he didn't know about all the food I already had. Went into the store where the bitchy woman was last week, turns out we weren't missing anything. Adelaide River was a nice town but I think the people experiences are going to drag it down in my memory though. A lot of small towns around here are like that, nice towns but the people don't seem that friendly. I know it isn't just me, I've talked to other people and they've had similiar experiences.

Talked to MCQ on the phone...turns out he is going to be in New Zealand about the time I'm going to be there, yay!

I headed down to the WWII cemetery, was probably one of the most kept up cemeteries I've ever seen. Headed down down the "scenic route" to Hayes Creek. It had more hills but no traffic whatsoevery. I rode onto a good part of the night and then "pissed off into the bush" as they say.