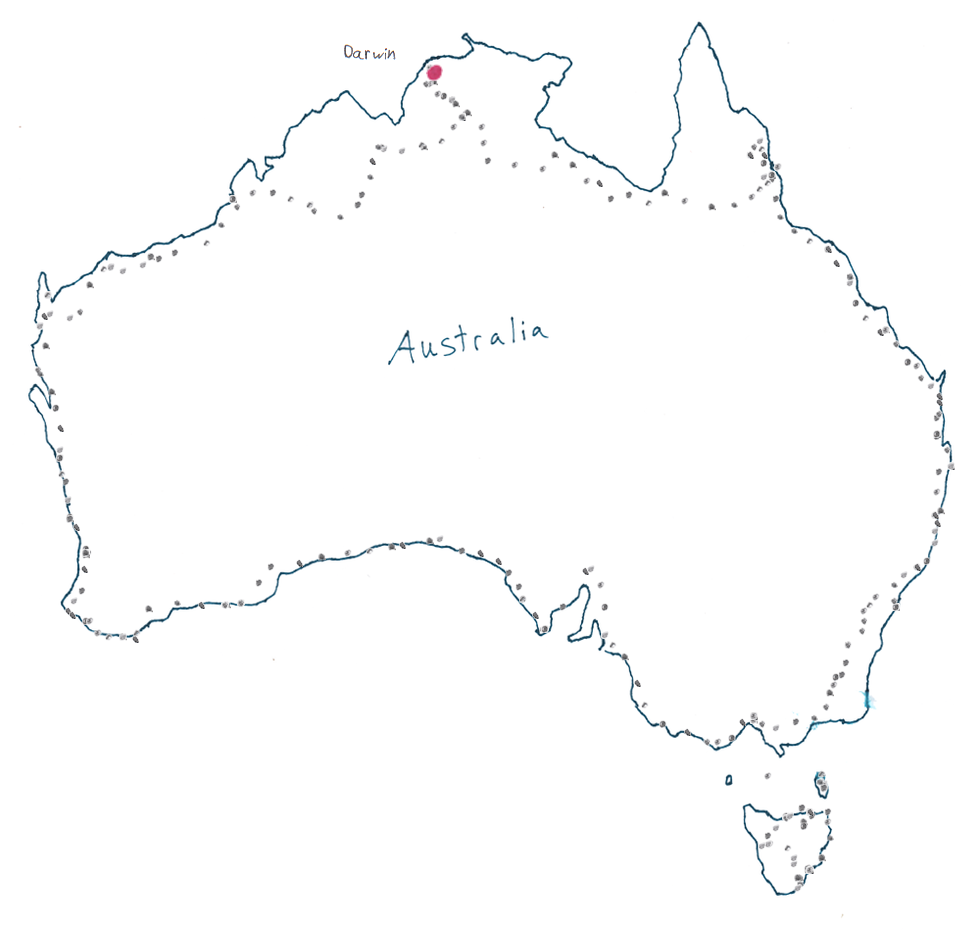 Spent the day going around Darwin doing a little bit of everything. I seem to do most of the relaxing on the road. Being in a town you have to get a lot of stuff done like grocery shopping, bike fixing and stuff like that.

Trying to figure out where my computer is...now IBM says they sent it back to Katherine even though I said Darwin. Turns out a memory chip was bad...I should have thought of that. Oh well.